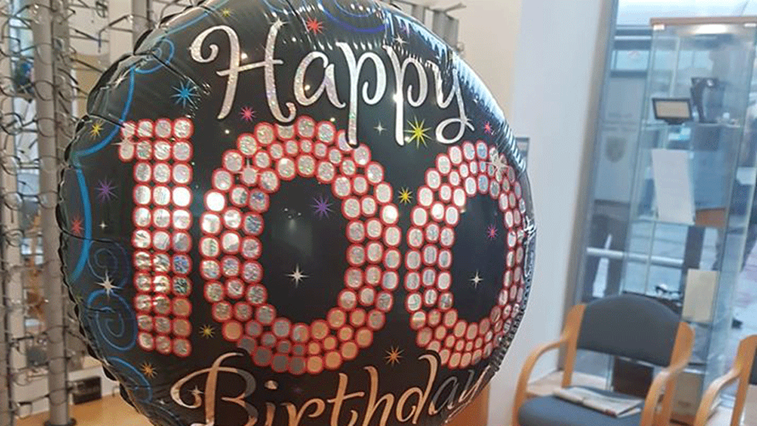 When was Robson Opticians established?

It was founded as F. Robson in 1867, originally on Dean Street in Newcastle. The current Pilgrim Street practice opened in 1919. It’s been passed on either via family or to existing staff so we can trace the ownership back over 150 years.

I recently spoke to a patient who has been coming here for over 75 years, and her grandfather used to be a delivery boy for the company. We hear these sorts of stories on a regular basis and they are a constant reminder of the part the practice has played in people’s lives for decade after decade.

How have services developed over the years?

Initially, most of the work involved measuring equipment such as barometers, slide rules and instruments for ships. That technical skill evolved quite naturally into the production of lenses and frames. Some of our earliest pieces are on display in the nearby Discovery Museum.

How have you celebrated the anniversary?

We had a special event at the practice with prosecco and nibbles. We invited our local MP and had a chat about the future of optometry and the High Street in general, as well as her memories of the area from her childhood.

What optical milestones have changed the way you work since opening?

The biggest change was the introduction of the NHS in the 1940s. It shifted optometry towards what we recognise the profession to be today with a focus more on eye care. Hopefully, we will see that continue and we see optometry play a key role in the future of the NHS going forward.

What’s next for the practice?

We’re dragging it kicking and screaming into the 21st Century. We’ve moved to a completely paper-free system and redecorated. There’s been some investment in clinical equipment, with more to come in the New Year. The North East has a wealth of well-run and well-respected independent practices and we want to make sure we’re one of them.