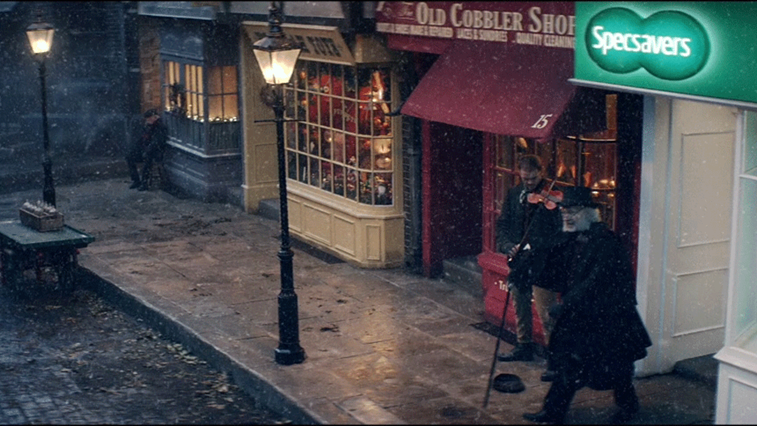 The 30-second advertisement, which will run until Christmas Day, sees Ebenezer walking through the streets of Victorian London leaving misery in his path. However, on spotting a range of deals in his local Specsavers his bah humbug mood lifts as he continues on his way.

The Christmas advert has been created by Specsavers’ in-house creative team and was shot at Black Island Studios in London.

Speaking about the creative, copywriter, Mike McCallum, said: “When you think of Christmas, Scrooge is one of the main characters you immediately think of, alongside Santa and the Grinch. he was the perfect fit. If Specsavers can lift Scrooge’s spirts over Christmas and convince him of our great offers, we should be able to convince anyone.”

Last year Specsavers’ When I saw Santa advert featured primary school children describing what Father Christmas looks like to them.