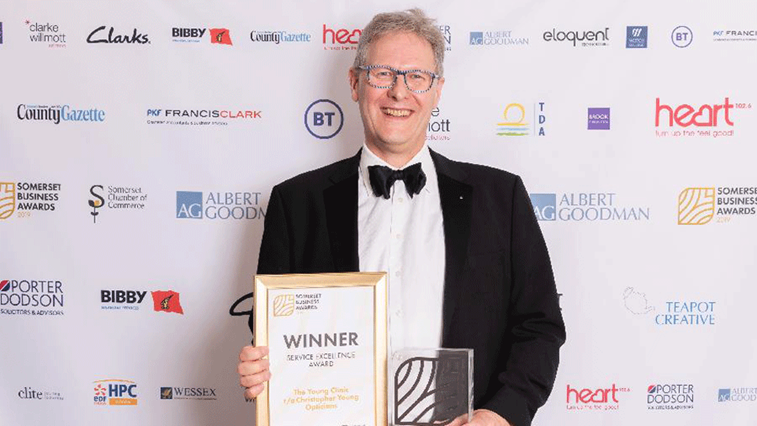 An independent opticians in Somerset has won two local business awards recognising the customer service that it offers its patients in the last 12 months.

Speaking to OT about the accolades, optometrist and practice owner, Christopher Young, said: “I couldn’t believe it when we won, I was completely overwhelmed. The awards really recongise all the hard work of the practice team and provides us with a boost in confidence.”

“It confirms that all of our hard work is really worth it,” he added.

During the process, the business was visited by the sponsor of the award, Brook Financial Management, which later selected the winner of the category. The representatives spent between three and four hours at the practice meeting both the team and its clients.

The optometrist and his team pay close attention to the service that it provides its clients, striving to ensure that “they always leave the practice with a bigger smile than what they came in with,” Mr Young said.

The practice signed up to Conor Heaney’s Optical Success Academy around four years ago and has since analysed its customer journey from beginning to end, making a number of improvements along the way. The academy provides optical business with marketing and business coaching.

Mr Young said that the practice is proud of the customer service that it offers its clients, highlighting testimonials that it has received on the homepage of its website.