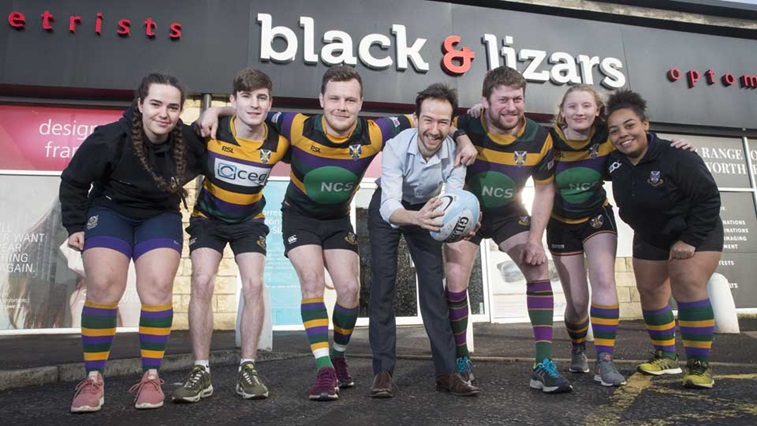 The agreement means that the Scottish independent’s branding will appear across pitchside advertising where Cartha Queen’s Park play in Dumbreck during home matches. As part of the sponsorship agreement, Black & Lizars will also act as the team’s official optical and audiological advisor, with all players offered complimentary eye care.

Black & Lizars hopes that the partnership will help raise awareness of the importance of eye health among rugby players at all levels of the game.

Cartha Queen’s Park runs senior men’s and women’s teams for players of all levels of ability.

It also has youth squads with over 200 local children aged between five and 17 playing.

Director at Black & Lizars, Allan Beckett, said: “Cartha Queen’s Park are a forward-thinking community-based club working with hundreds of rugby players, many of whom we know as loyal patients at our Giffnock practice. This partnership will help us raise awareness of the importance of good eye care in the sport among players and spectators.”

Director of rugby at Cartha Queen’s Park, Tom Feasby, added: “We are keen to work with Black & Lizars to promote good eye health among our players.”