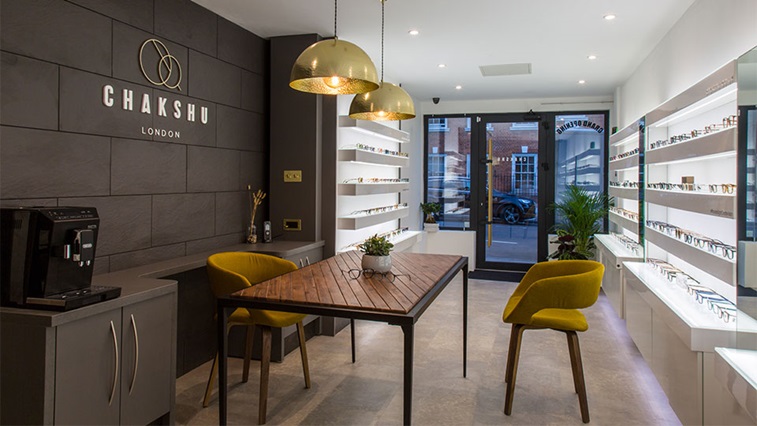 Chakshu London opened its first optical practice in Camden last month after hosting a series of pop-ups in the capital.

Founded by three friends who studied optometry at City, University of London, Chakshu London started as a pop-up eyewear stall at Boxpark in Shoreditch and at One New Change near St Paul’s Cathedral.

A demand for sight tests from customers naturally led to planning for a permanent home where Chakshu London could also showcase its own brand frames as well as styles from a range of different eyewear companies including Nine, William Morris and Saville Row.

Chakshu London takes its name from the ancient Indian language Sanskrit and means ‘vision,’ ‘being able to see things as they are’ and ‘to plan the future with imagination or wisdom.’

Co-founder of Chakshu London, Nund Vyas, said: “We’ve all been opticians for 10 years and have all worked in different settings – multiples and independents. We thought, ‘How can we pool our experience?’”

Watch the co-founders of Chakshu London talk to OT about opening their first practice below.