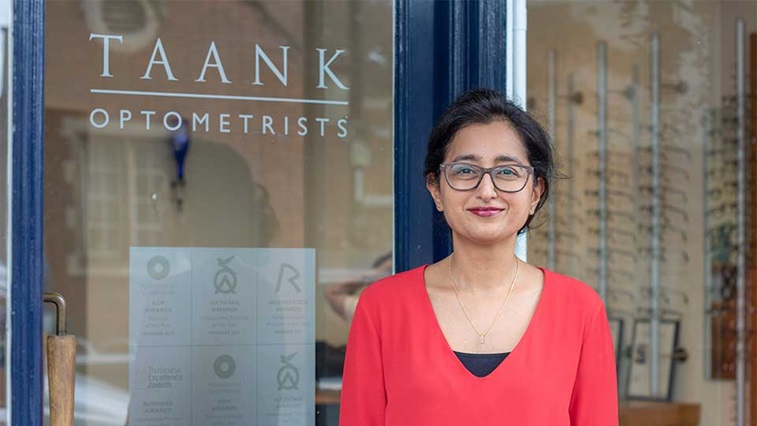 To mark the milestone, optometrist and owner Anjana Taank (pictured) invited patients into practice to celebrate with bespoke cupcakes and bubbly. “It was our way of saying thank you for all of the support that we have had from patients over the years,” she said.

Ms Taank took over an existing practice in 2003. Recalling the first day as owner, Ms Taank told OT: “That first day was so daunting. I had a full clinic of patients and I didn’t know any of them, it was all very new. I had staff I didn’t know very well – it was all incredibly difficult – and here we are 15 years later.”

“I love the fact you can be individual, you can be creative and you can steer your business the way you want it to go,” she added.

Reflecting on the Awards, Ms Taank said: “As a team we were very proud to win those awards. It gives you recognition, it puts you on the map – people like the fact that they are going to a practice that is an award-winning practice.

“We put our evidence together and submitted it and hoped for the best and got shortlisted, so it is definitely worth a go.”

“I think, just try. If anything, it makes you look at your business in a different way and makes you raise your game,” she added, encouraging others to nominate themselves.