Optometrist duo Ahmed and Hussnan Ejaz have returned to the primary school they attended to speak to pupils about their careers and to educate them about the importance of eye health.

The brothers initially ran an assembly at Kates Hill Primary School in Dudley, during which they spoke about the career journeys. Afterwards they held workshops on eye health to students in years five and six.

The day was organised by Mr Ahemd Ejaz, who is chair of school governors at the institution. He is now reaching out to other schools within the academy’s trust about running the workshops in schools across the West Midlands.

The hour-long workshops featured a range of “fun and engaging” activities, including designing an optical illusion that demonstrated how your eyes can play tricks on you, and a picture quiz during which the children were asked to recall different parts of the eye. 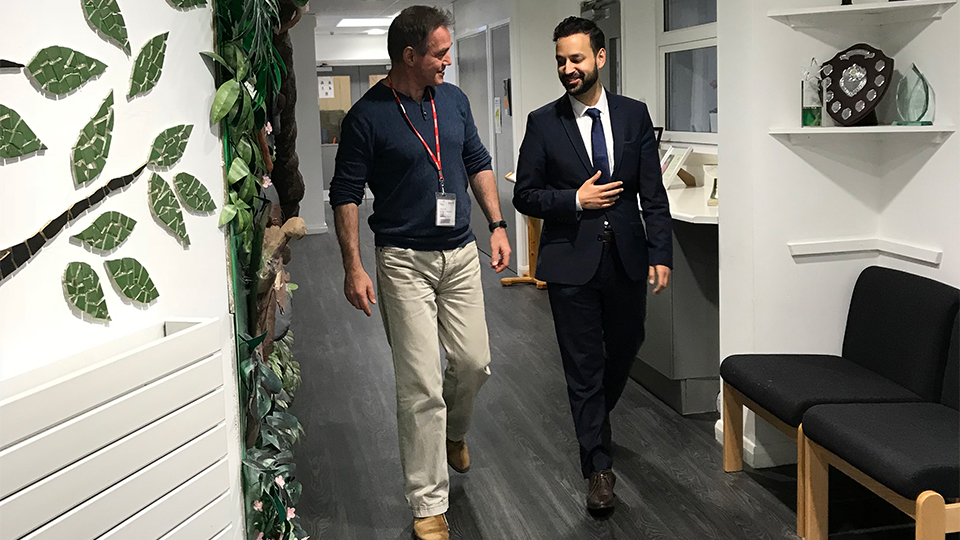 Students were also able to enter a competition that saw them design their own glasses. Entries had to be delivered to the Specsavers franchise that Mr Hussnan is director of in Castle Street, Dudley, with a Kindle offered as a prize for the winning entry.

Encouraging other optometrists to consider approaching schools locally, Mr Ejaz said: “You can’t be scared to get out there in your community. I don’t think being an optometrist is just about being in the testing room, it’s about making sure that the community you serve is engaged with their eye care. There is a duty of care that extends beyond the sight test, so you shouldn’t be scared to fulfil that duty.”