The impact of self-isolation requirements for practices

Vision Van pulls in to Birmingham

Vision Express is calling for the public to take better care of their eye health after 90% of people who visited its mobile testing facility during a television event were found to be overdue a sight test.

The multiple’s Vision Van was present at the NEC in Birmingham for This Morning Live and provided almost 80 people with a free sight test during the four-day event.

Analysing its visitors, Vision Express reported that almost one in 10 had never had an eye test prior to their visit to the Vision Van.

One of these patients was 24-year-old Laura Scott who admitted to never having had a sight test because she never has the time and has never got around to it, she said.

Reflecting on her first sight test, Ms Scott said: “I found out I need to wear glasses as I’m short-sighted – the equipment on board is amazing. I’d tell others not to put off having their vision checked because you never know – you could be suffering for no reason.” 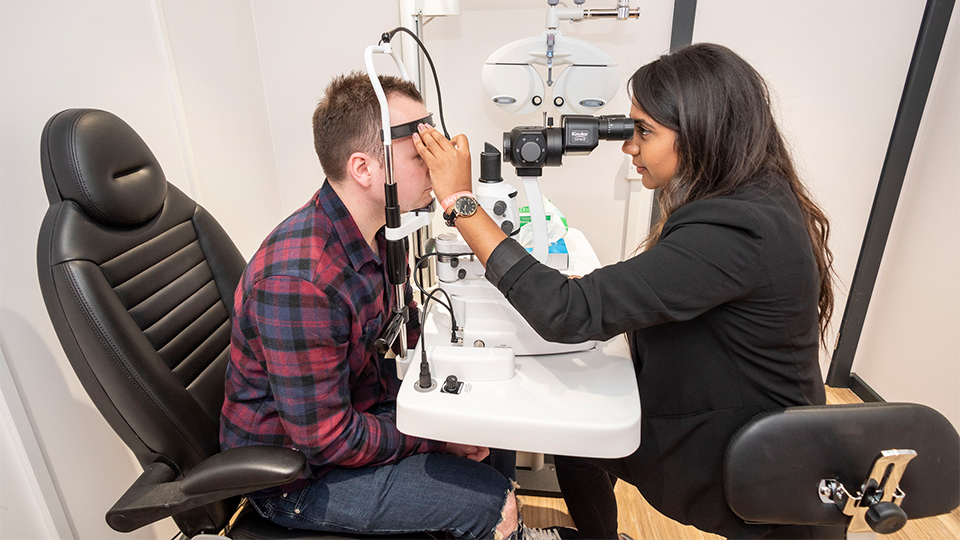 The multiple also found that of its visitors, almost 70% required a new prescription, and almost one in five admitted to not having had a sight test since passing their driving test.

CEO of Vision Express, Jonathan Lawson, said: “Maintaining a regular eye health routine is essential for safeguarding good sight and keeping on top of your general health. That’s why our Vision Van is so important – taking eye tests to the public and taking cost out of the equation.”

Vision Express launched its new Vision Van at the beginning of the year and it has since been travelling across the UK to raise awareness of the importance of a regular eye test.