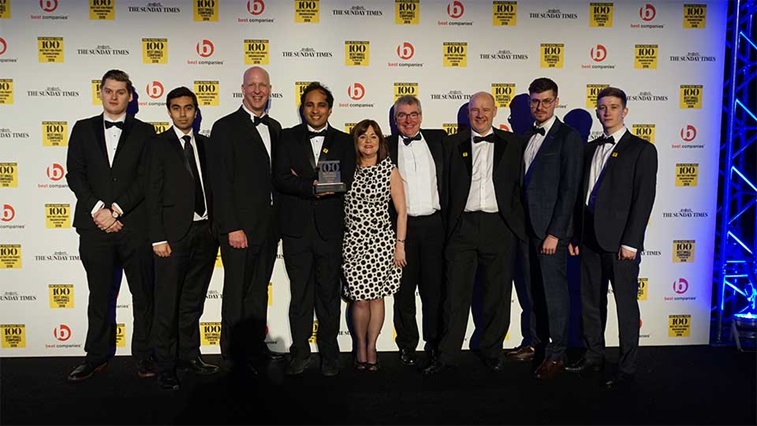 The Hakim Group has been ranked as number one on the Sunday Times 100 Best Small Companies to work for list.

The Darwen-based independent, which has 62 members of staff, jumped from its 2017 ranking of 30 to the top position in the 2018 list, which was published on 23 February.

Founder and chief executive of the group, Imran Hakim, also received a special award as the Best Leader.

Speaking about the accolade, Mr Hakim said: “We’re absolutely delighted to have been announced as the UK’s best small company to work for. It’s one thing to have made the list for the second year running but to have come in at number one shows how much our team members have grown together over the last 12 months to create a truly exceptional place to work. This achievement belongs to each and every one of our team members.”

The list is determined by the feedback from staff of the employers, with 799 organisations registered to take part in this year’s survey.

CEO and founder of Best Companies, Jonathan Austin, congratulated the Hakim Group on its achievement: “Organisations like Hakim has continued to focus on its employees and has been rewarded with an engaged workforce who tell us that this is a great place to work.”