An ecosystem for myopia management

Warriors players, Stuart Hogg, Rob Harley and Chris Fusaro, told fans at the launch how they had been using the overnight corrective lenses to help performance on the rugby pitch.

As partners of Glasgow Warriors, Black & Lizars have been working with the players by testing their eyesight and providing ortho-k lenses.

Second rower, Mr Harley, said: “I was wearing daily lenses and in impacts from scrums and tackles, they were getting knocked out of my eye.” 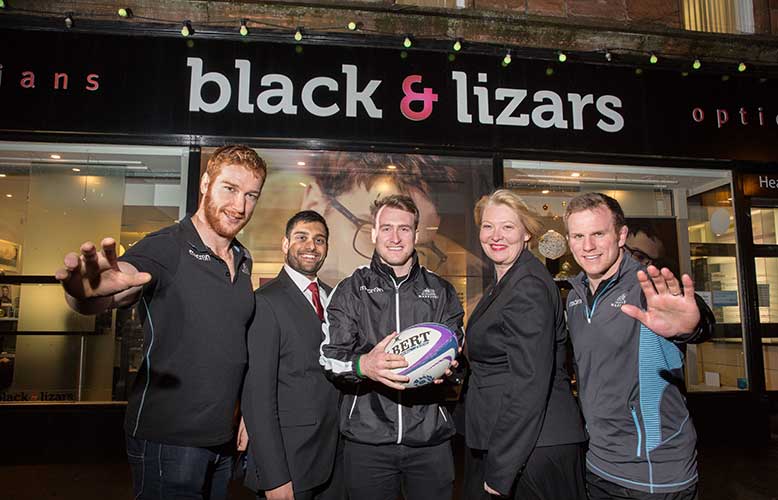 “I would have to bring spares and sometimes, on the pitch during games I would have to change my lenses, but now all that hassle has been removed,” he added.

Ortho-k lenses are available at Black & Lizars’ Glasgow and Edinburgh city centre practices, and have now been added to its Milngavi and Aberdeen branches.

Clinical services manager at Black & Lizars, Morven Campbell, said: “It has made such a difference to the players that have used the lenses, and it’s not just something for elite athletes.

“They are also suitable for children as their parents have control over the lens care at night and in the morning allowing kids to head off for school and sports seeing well with no possibility of losing a lens.”

At the launch, Warriors fans also got to ask questions about the team’s season and have pictures taken with the players.