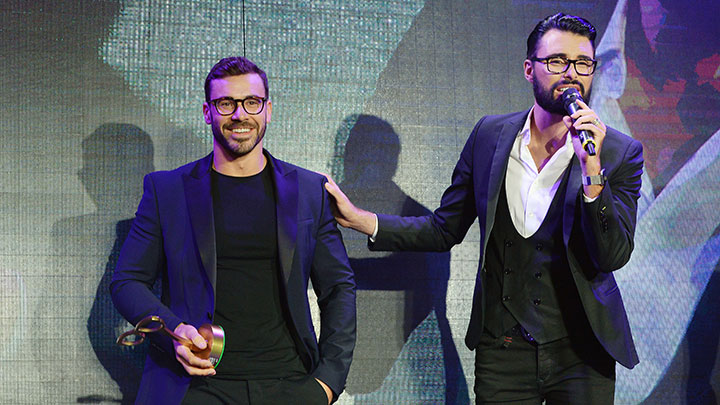 Specsavers has announced 27-year-old Alex Miller from Essex as the overall Spectacle Wearer of the Year.

Mr Miller, who takes home the £10,000 cash prize, was selected as the Facebook favourite finalist ahead of the event for wearing his spectacles with pride.

“Having gone from being called four-eyes at school, to now becoming the Spectacle Wearer of the Year is just amazing, and goes to show how wearing glasses is something to be really proud of,” Mr Miller said.

On the night, the Specavers co-founder also presented the new Dame Mary Perkins Award for professionalism and expertise.

Optometrist Rubena Kerr, who detected a life-threatening brain tumour, and her patient Michelle Crawford, whose story generated media coverage about eye health, received the award on behalf of the Specsavers Lanark practice.

A number of celebrities were also celebrated for their spectacle style, including Great British Bake Off judge, Prue Leith, and former member of pop group Steps, Claire Richards, who collected the Services to Specs trophy and Specs Appeal Award respectively on the night.