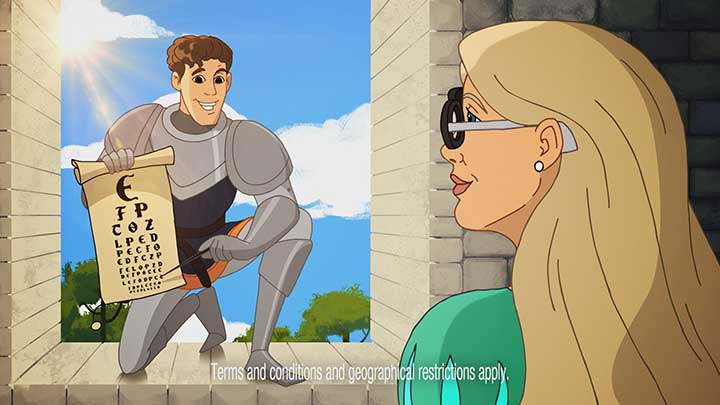 Domiciliary provider Specsavers Healthcall has launched a national television advert that is designed to highlight the services that it offers.

The adverts, which are the first-ever television advert established by the company, first ran yesterday (11 October) and will continue for four weeks initially.

The advert, which is run through Sky AdSmart to allow for improved targeting to housebound customers, pays tribute to the 19th century fairytale, Rapunzel. The ad sees the “hero” battling his way to the tower and climbing up Rapunzel's hair to rescue her. However, rather than whisking her away to safety, the ending is twisted, showcasing the domiciliary service provided by Specsavers Healthcall.

Commenting on the decision to run the advert, Specsavers creative director, Graham Daldry, said: “We wanted to raise the profile of Specsavers Healthcall in a way that was immediate and impactful. The new ad is consistent with our friendly and approachable brand personality, and uses a twist on the Rapunzel tale to normalise the need for a home visit by an optician. We wanted the ad to be engaging for both older customers and their carers, and to stand out from the normal fayre of daytime ads.”

Director of operations for Specsavers Healthcall, Maurice Livesey, added: “It will truly change awareness of home visiting optical services across the UK and Ireland. Many more housebound people, who have not had essential eye health checks for many years, will now be aware such a service exists in the industry.”