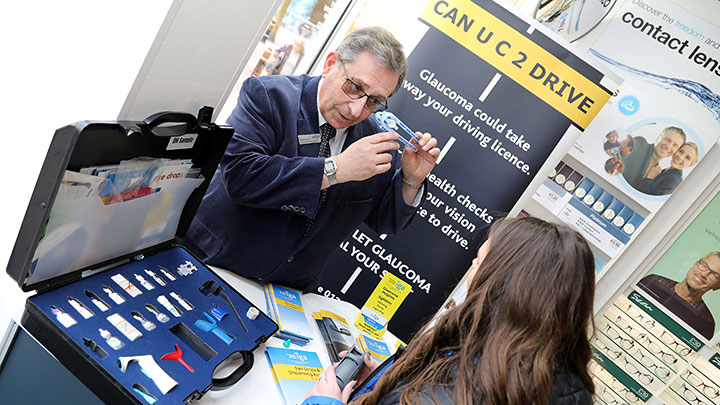 Staff at Vision Express in York are actively working to raise awareness of glaucoma within their local community and have invited the International Glaucoma Association (IGA) to the practice to speak to patients.

During the session, the IGA demonstrated to patients the different eye drop aids that are available to treat glaucoma.

The session was also welcomed by employees, with dispensing optician, Adele Moran highlighting: “It was great to talk to the representatives about the different equipment on the market. They also told us about some of the active ingredients in the eye drops, which will be useful for me when giving guidance to patients.”

Glaucoma is one of the biggest causes of preventable sight loss worldwide and while there are an estimated 600,000 people with glaucoma in the UK, research indicates that half of those cases are undiagnosed.

Welcoming the practice invite, chief executive of the IGA, Jaren Osborn, highlighted: “Despite close relatives having an increased risk of developing glaucoma, many people in at-risk groups don’t realise they could be affected by it. As it can be symptomless, worryingly, it’s often not until the glaucoma has taken hold that people seek medical attention.”