London gets a taste of French flair from Acuitis

French optical chain opens in the capital, with plans for quick expansion in 2017

French eyewear brand Acuitis has opened its first optical practice in the UK.

Having launched its first store in Geneva in 2010, the chain has seen rapid growth, and now has 49 branches across Europe.

Describing the Acuitis concept, flagship manager, Jeff Baker, explained: “We are a fashion house for optics. Our artistic director, Mr Beausoleil, designs all of the frames that we sell in store. The high quality materials, beautifully styled by Frédéric, are available at a decent price because we cut-out the middle man.”

Horn, real wood, including bamboo, and “high quality” acetates all feature in the current collection.

“What we are bringing to London is French style: colourful, a sense of fun with glasses,” Mr Baker told OT.

A room with a view

Acuitis’ optometrist, Joana Tandoc, explained to OT that the company needed a change of approach when it embarked on setting up its first UK practice.

“In France, patients go to the ophthalmologist for their sight test,” Ms Tandoc explained, highlighting that the role of the optometrist within the practice was a new component for Acuitis to think about.

Working with Acuitis’ architect, the optometrist told OT with a smile: “I got the opportunity to create my own testing room.” This meant choosing the layout of the testing room and the equipment to use, as well as designing the patient journey from the test charts used to the contact lens aftercare programme.

Ms Tandoc did not opt for the usual window-less testing room either  – the architects designed her a first floor “testing room with a view” that looks out on to a bustling Tottenham Court Road below.

“It is great because it gives patients real world targets to look at. And it is nice to have some natural light in the room,” Ms Tandoc shared with OT.

For Mr Baker, Acuitis is passionate about the patient journey.

“We offer 30-minute testing slots, and the optometrist does all of their own pre-screening. The optometrist has the time to look after the patient, and to find out about the patient’s lifestyle needs,” he said. 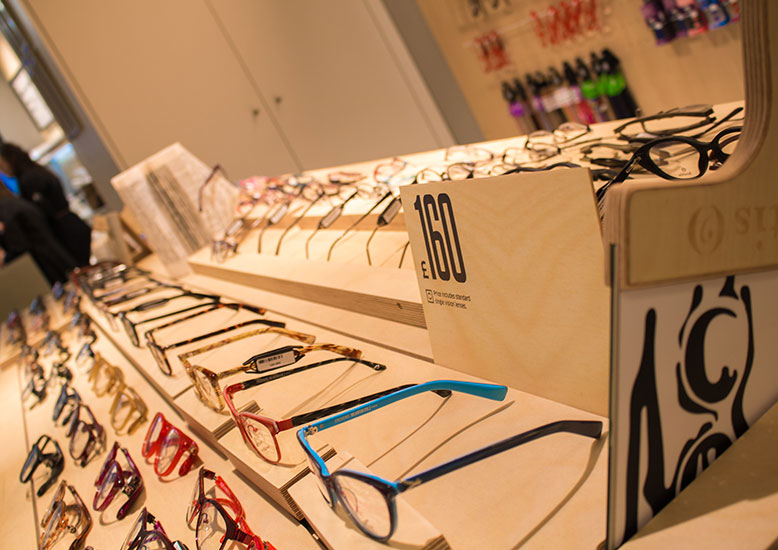 Acuitis is planning to grow its footprint in the UK, Mr Baker confirmed to OT.

“We have a second store opening in Milton Keynes in June, and a third in Oxford at the back end of the year.”

He added that there are plans for seven more practices next year, located within an hour of Heathrow, followed by “blocks of 10 in other areas of the country, with an aim of having 30 to 50 stores in the UK."