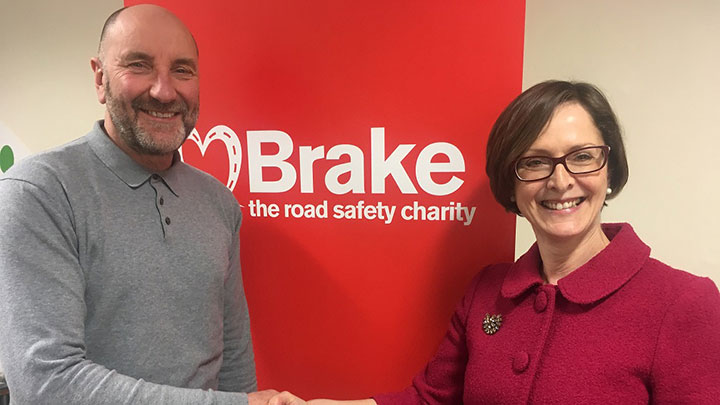 Vision Express has joined forces with road safety charity Brake with the aim of making UK roads safer by raising the public’s awareness of and better legislating, vision problems as a major contributor to traffic accidents.

The partnership is designed to bring benefits to both organisations’ current campaigns, including Vision Express’ Eye tests saves lives drive and Brake’s Driving for zero initiative.

By working together, the organisations will encourage more drivers to have regular eye tests which will help safeguard their driving licences and help keep Britain’s roads safer.

Since Road Safety Week in 2015, Vision Express has been on a drive to raise awareness of the link between poor vision and motoring-related accidents. The multiple has also lobbied Government in a bid to have signs displaying ‘Eye Tests Save Lives’ across the UK’s highways.

At the end of 2016, Vision Express commissioned research, which found that 15% of drivers had not had a sight test since reading a number plate during their driving test. Furthermore, 94% of drivers questioned were not aware that they could lose 40% of their vision without realising.

Speaking about the partnership, CEO of Vision Express, Jonathan Lawson, said: “We take the issue of vision very seriously and the partnership with Brake is an important step in further cementing our dedication to reducing the number of poor vision-related accidents on our roads.”

“It is hard to comprehend that something as important as sight is so low on the road safety agenda, particularly as reports estimate that five million drivers on UK roads would fail a number plate test if they had to take it again. We hope by combining our efforts with Brake’s we can make drivers consider their vision and general health before getting behind the wheel,” he highlighted.

Brake’s Driving for zero initiative focuses on a zero-tolerance approach to driving. The charity explained that the main aim is to save lives by raising awareness of three accident-inducing triggers: alcohol and drug driving, fatigued and distracted driving, and driving with poor vision or ill-health.

Campaigns director at Brake, Gary Rae, explained to OT that five people are killed on UK roads each days, in, largely, preventable crashes. “If you take being under the influence of drink or drugs, tiredness, distractions and health problems – including poor vision, out of the equation, then the number of traffic collisions each year, will massively decrease,” he said.

Mr Rae added: “Having worked with Vision Express in the past, we know the organisation puts its full weight behind campaign activity and we look forward to advancing the efforts surrounding Eye tests save lives by launching the vision and ill-health phase of Driving for Zero with the company, this summer.”