Essilor seeks a 'win-win' for profession 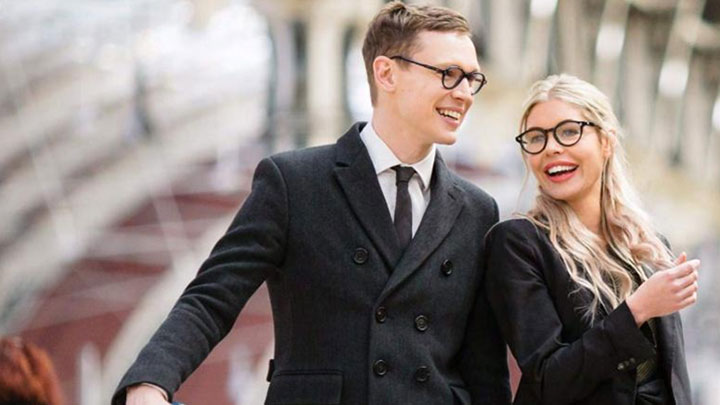 Essilor is hoping to shake off recent accusations that it is the ‘big, bad wolf’ of the optical world.

The company’s European president, Bernhard Nuesser, emphasised that Essilor has “no hidden agenda” to compete with independent optometry practices after its recent online retail acquisitions, including Vision Direct and MyOptique.

Mr Nuesser discussed his company being the likely target of the independent optometry and fair trade Axiom Advance campaign, which warns optometrists of an unnamed “enterprise that pretends to be your partner while actually secretly seeking to take over your business.”

Mr Nuesser explained to OT and other optical press members that his organisation has not changed its personality, and still championed independent practices.

The company believes that the best outcomes for customers come when their new spectacles and contact lens purchases are done in-store, he said.

Alongside direct online sales, Essilor has plans for other web acquisitions that will drive customers to independent practices, he said.

One of these, MyOnlineOptical, will offer independents an off-the-shelf website with customised offers when it launches in the UK in a few weeks, Mr Nuesser added.

Essilor has also acquired the All About Vision website from the US, with a UK version in the works. Mr Nuesser hoped the future UK website will be able to compete with other large optical sites and capture new customers searching online about vision and visual symptoms, in order to drive them to independent practices for an eye examination.

He also highlighted Essilor’s ongoing development of an omni-channel model that seeks a ‘win-win’ approach with independent practices, as “we need to find clever ways and better ways to do these things.”

With online business accounting for only 1.5% of its total prescription spectacles sales, Mr Nuesser emphasised that it would be bad for business if Essilor put the interests of independents second.

A balance in the marketplace is essential, he said, adding: “We will continue to support and make sure that our key customers are in a place where they can compete.”

Asked why Essilor had purchased direct-sales businesses, Mr Nuesser said: “That space is happening and we believe the industry has to get in there…We can have a really key role in shaping this.”

Mr Nuesser and Essilor UK and Ireland regional vice president, Peter Smith, affirmed that all UK-registered company websites will follow government legislation, addressing concerns about the sale of spectacles branded to children under 16 by Essilor-owned websites.

He told OT that he was concerned about advertising and communication, including a Vision Direct advertisement encouraging customers to cancel direct debit plans with their optician, as “many agreements include added fees for aftercare services that you may not need or use.”

Mr Majithia added: “Through its website, Vision Direct also supplies contact lenses to customers who do not have a prescription by diverting them to their site based in the Netherlands to circumvent the General Optical Council (GOC) rules on contact lens supply.

“It was also brought to our attention that another Essilor business, eyebuydirect.co.uk, was supplying prescription eyewear to children, which is illegal under GOC rules.

“We have always considered ourselves as a ‘business partner’ with Essilor and the activity of the other businesses has led to the perception among us, as independent practice owners, that they are potential competitors for our business,” he highlighted.

At the meeting, Essilor pledged that all future marketing and communications would steer clear of messages that conflicted with good eye health promotion, Mr Majithia explained.

“I am somewhat reassured that Essilor has taken steps to address some of the issues raised and look forward to seeing how its online activity evolves to support independent practice,” he said.

However, the issue of Essilor’s online businesses diverting UK customers to non-UK websites to bypass GOC regulation still concerned him, he explained, adding: “I think that if it continued to do this it would change the relationship that we have with Essilor. It is strange coming from a company which claims to promote the highest level of ethical standards.”