Report describes the cost of the pandemic on eye health

Can you hear me?

The measure, which was taken as a mark of respect following Prince Phillip’s death, has now been reversed

National Rail has restored colour on its website after receiving complaints about the accessibility of its online platform.

National Rail was among several train operators that turned its website greyscale as a mark of respect following the death of Prince Phillip.

However, after complaints were made about the accessibility of monochrome websites, National Rail reverted to colour. 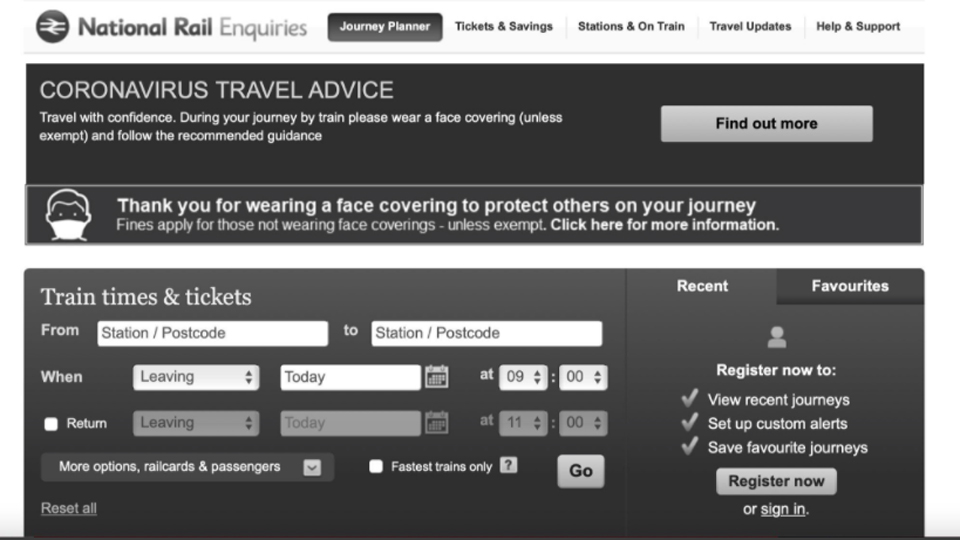 “A lack of this makes it difficult for me to read the content and causes headaches and eye strain. It leaves me feeling unwelcome as a customer,” he highlighted.

Spinks said that he could understand why an organisation would want to make a change to its website in these circumstances, but that any alteration should be inclusive and accessible.

“Adherence to inclusive design standards should remain the most important aspect for all digital design, regardless of any changes made,” he concluded.