The London borough has one of the highest child poverty rates in England, which correlates to the prevalence of childhood sight loss in the area 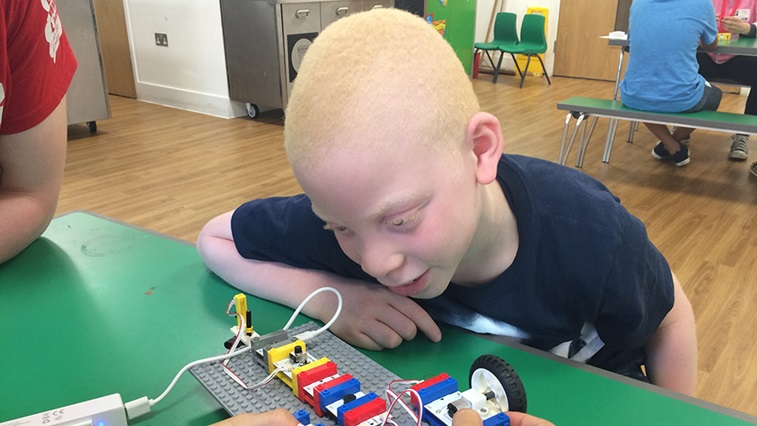 The MP for Hackney South and Shoreditch, Meg Hillier, has pledged her support to improve the lives of blind and visually impaired children, young people and their families in Hackney, London.

Ms Hillier’s support follows a meeting with the Royal Society for Blind Children (RSBC), who has launched a campaign to increase awareness of the disproportionate number of families affected by sight loss in the London borough.

Speaking about her support for the RSBC, Ms Hillier said: “Early diagnosis and support for blind and visually impaired children is vital. Without this their life chances fall way behind sighted children. I’m delighted that RSBC is now based in Hackney and is supporting so many Hackney children.”

The RSBC highlighted local authority figures from 2017 obtained via the Royal National Institute of Blind People that showed there are 245 under-17s registered as visually impaired in Hackney. This figure is around five times greater than comparable London boroughs, such as Tower Hamlets and Waltham Forest.

The charity expressed its concern about the prevalence of childhood sight loss and its link to the high rate of social and economic disadvantage in the area.

Hackney has one of the highest child poverty rates in England, according to figures published by the Child Poverty Action Group in January.

Chief executive of RSBC, Dr Tom Pey, said: “We have a clear goal in Hackney, which is to ensure that every parent, irrespective of their background, social or economic status, knows that we are here to provide tailored support, whether it be to provide emotional support, help with benefit applications, or introducing them to the many life changing activities we run for visually impaired young people.”

With the backing of Ms Hillier, the RSBC wants every blind or visually impaired child in Hackney to get the best possible start in life.

“We’re confident that Meg Hillier’s involvement in our campaign will help raise awareness of this little known problem and ultimately improve the life chances of children growing up with sight loss,” Dr Pey added.

The RSBC also highlighted the case of single parent Janet and her son Nathan (pictured), who currently receive support from the charity where they live in Hackney.

Janet is training to be a social worker and struggles with the demands of looking after her visually impaired son while studying, as well as meeting their financial needs.

Nathan has nystagmus and is a high myope. Janet was told when Nathan was born that his sight would get worse with age.

Janet said: “When Nathan was a baby, his condition didn’t really impact on us much, but now that he is nine and growing fast, his visual impairment is really affecting his behaviour at school and at home.”

In January, Janet was referred to the RSBC by the Hackney Learning Trust and now has a dedicated expert who provides support to them both.

The support worker, Erick, has helped Janet with her housing benefit claim and application to the local authority for more suitable accommodation.

“Erick has also helped Nathan to get involved in some activities for blind and visually impaired children to help build his confidence and help him tackle some of the issues he is dealing with at school,” Janet added.

Nathan now takes part in RSBC-organised activities, such as robot making and climbing, where he has made friends.