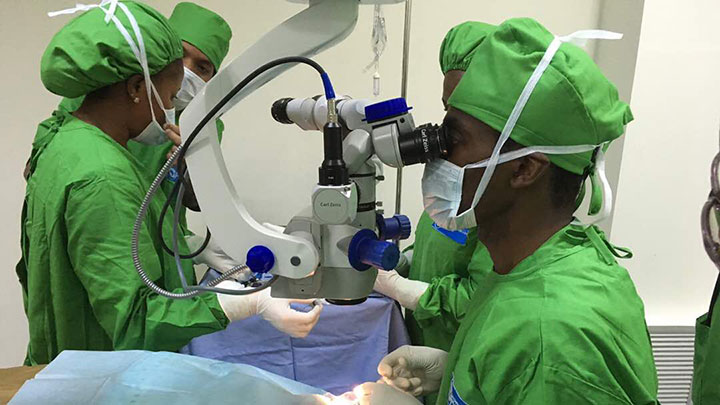 Sightsavers has confirmed that it has almost reached its goal of performing one million cataract operations on adults and children across Africa and Asia through its Million Miracles campaign.

Launched in 2014, the three-year campaign has so far helped perform 940,000 operations. The charity hopes that its final fundraising push, which calls on people to donate £1 until January, will help it reach its goal.

Donations made to the Million Miracles campaign between now and 9 January will be doubled through the UK Government’s Aid Match scheme.

The funds will be allocated to projects in Pakistan and Bangladesh, bringing the goal of the millionth operation “tantalisingly close,” the charity said.

Recent figures published by the Lancet show 36 million people are blind yet 75% of blindness is preventable or treatable, with developing countries particularly affected. In Pakistan, for instance, around 7% of people over 50 are blind, compared to just 0.4% in the UK.

To donate to the Million Miracles campaign, visit its website.