Looking beyond the numbers 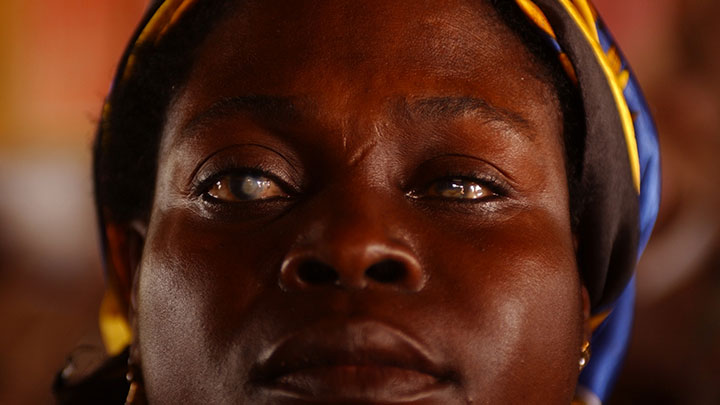 The impact of a million cataract operations may be hard to comprehend because of its enormous scale.

But for Imran Khan, Sightsavers’ chief global technical lead, the key to understanding the value of the charity’s Million Miracles campaign is to look beyond the statistics.

“It’s really looking beyond the numbers and looking at the individuals,” Dr Khan shared.

“By providing the cataract surgery, we are empowering people to go back to the lives that they had lived before,” he added.

He elaborated that the impact of each operation goes beyond the individual who has had their vision restored to benefit the wider community.

The Million Miracles campaign, which was launched in 2014, has so far raised funds for more than 800,000 cataract operations to be performed.

The final push towards the million-surgery target has received a boost through support from the UK Government.

Through the UK Aid Match scheme, all donations to the appeal will be matched pound for pound by the UK Government.

UK Aid Match brings charities, the British public and the UK government together to collectively change the lives of some of the world’s poorest and most vulnerable people.

It is designed to provide opportunities for the UK public to engage with international development issues and have a say in how UK aid is spent.

Dr Khan highlighted that funds raised through UK Aid Match would be invested on operations in two countries where there are large numbers of people with limited access to cataract operations – Bangladesh and Pakistan.

He explained that cataract operations are a 15-minute operation that can restore someone’s sight for a cost of around £30.

“Cataract surgery is one of the most cost-effective treatments. But in developing countries people do not have access,” Dr Khan shared.

Of the 253 million people who are blind globally, Dr Khan highlighted that 55 million of those people had lost their sight due to cataracts.

Research recently published in Lancet revealed projections of a three-fold increase in avoidable blindness by 2050.

“That is why Sightsavers has decided to re-emphasise our cataract work and make a final push within this next phase of the Million Miracles campaign,” Dr Khan emphasised.

The charity focusses on ensuring that the right training, infrastructure and equipment is in place to be able to deliver cataract surgery.

Dr Khan highlighted that Sightsavers operates through a method of health system strengthening.

“Instead of us going in and doing the surgeries ourselves or flying doctors in, we try to strengthen the entire system within the country. We work with local hospitals and local partners to empower them and increase their capacity to provide services,” Dr Khan elaborated.

For eight-year-old Sumaiya, having cataract surgery has meant that she is able to see her books clearly for the first time and move easily around her house.

“I’ve seen my face in the mirror wearing my glasses – I feel good seeing myself,” she said.

Before the operation, Sumaiya struggled with schoolwork and household chores because of her poor eyesight.

Sumaiya’s father, Anwar, explained that his daughter’s improved vision would help her to socialise.

“They used to tease her and wouldn’t let her play with them. Now she can have more friends to play and learn with,” he shared.

Mother, Jukti, said that before the surgery Sumaiya found it difficult to move between rooms because she couldn’t see obstacles.

“Now Sumaiya is very happy and I am also very happy,” she added.