Robert Sands, frame stylist and manager at The Spectacle Factory, considers how the perception of glasses is changing 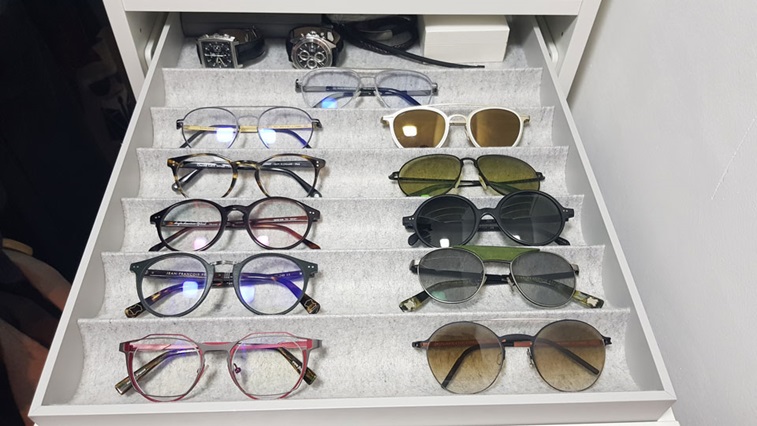 I currently own six pairs of spectacles and approximately 10 sunglasses.


What frame shapes, colours or styles do you usually go for?

I choose mainly round shapes for general wear or aviators for a more dressed-up look. Within my glasses collection I have various shades of tortoiseshell, a green leather pair, and a pair which are predominantly red. My aviators are in a brushed steel colour, which really contrasts well with the light blue tint.

When it comes to sunglasses there is so much variety, but I like styles that have a good contrast between the frame and the lens tint, rather than trying to match them. Most of my sunglasses are also photochromic as I tend to wear tinted lenses whenever I am outdoors, and occasionally indoors. Transitions Drivewear, Zeiss Adaptive Sun and NuPolar Infinite Grey are favourites.

My favourite pair of glasses right now are a pair of JF Rey’s ‘Double Jeu’ frames. They are two fine metal frames, one square and one round, in contrasting colours, fused together to produce a really cool and unique, almost 3D, effect. They are a conversation starter and yet they aren’t as wacky as they sound; I can wear them on almost any occasion. They are beautifully designed and deserve to be more recognised. 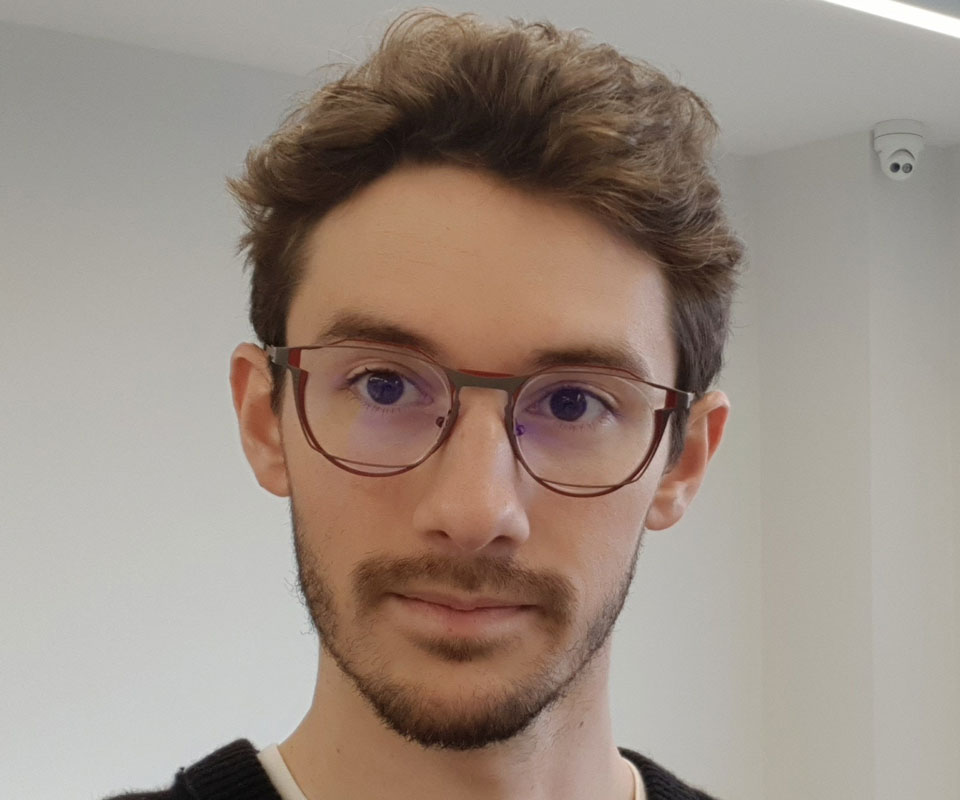 Lewis Hamilton; I love all the frames he wears and I think his perception of eyewear should be quite inspiring to the rest of us. I think it’s great that someone who is young and so much in the public eye chooses to wear glasses. A lot of people will look up to Lewis Hamilton and I think he’s helping to change people’s outlooks. The way people view glasses is changing so much and is now something people want to have – you sometimes have kids upset when they are told they don’t need glasses.


My mum, who owns an opticians, made sure I always had my eyes tested. I’ve worn prescription glasses for about eight years now, so since I was 22.

No, I wouldn’t ever consider them. Having glasses as an accessory is something I couldn’t see wanting to change, and sports glasses can give you an edge. I really don’t see a place for contact lenses in today’s world, now there is no stigma against wearing spectacles – quite the opposite, in fact. Although plenty of people still seem to like them.


How important is eyewear to reflecting your personality?


If the eyes are the window to the soul, then glasses are the window to the eyes. As well as being a lens through which you see the world, they are a lens through which the rest of the world sees you. I think a lot of people don’t put enough thought into the eyewear they have and I feel it’s our role to make people rethink how much impact their glasses can have on their overall appearance and outfits they wear. The vast majority of patients I see now are open to having multiple pairs for either different types of wear, outfits or uses. I’m happy about that because I feel it’s in their best interests, and of course business-wise, it is good for us too.

What are your top three tips for selecting the right pair of frames?

I find that once people set themselves free from the things that stop them getting the right glasses, it’s actually quite easy and enjoyable. My tips are:

Robert shares the impact COVID-19 has had on the practice, and how The Spectacle Factory is planning for life after lockdown

I think, like most practices, we’ve been pretty severely affected. Having said that, we are quite fortunate in that we’d only just moved into a new store in January, which we had been building for about three years. It’s an ultra-modern style store; all glass surfaces and so very easy to sterilise. It’s also a very spacious store, which allows us to maintain a good social distance and clean everything in between patients.

We have on-site manufacturing so we’re quite well set-up to look after patients in need of emergency glasses. Normally we would be making around 30 pairs of glasses a day, now we’re making one or two. But it is good to have the facilities because if someone does break their glasses in this current situation, with some manufacturers operating on a skeleton staff, they could be waiting a while.

I think every business, and certainly opticians, need to rethink their business model. We are quite fortunate in that our business model is quite aligned with the way things need to be done going forwards, in that I don’t think you can have a huge volume of people coming into your store on a daily basis. Our service is very personal so we can space it out to have one patient in certain periods, giving us the opportunity to clean and disinfect everything to keep them and us safe.

An opportunity for independents