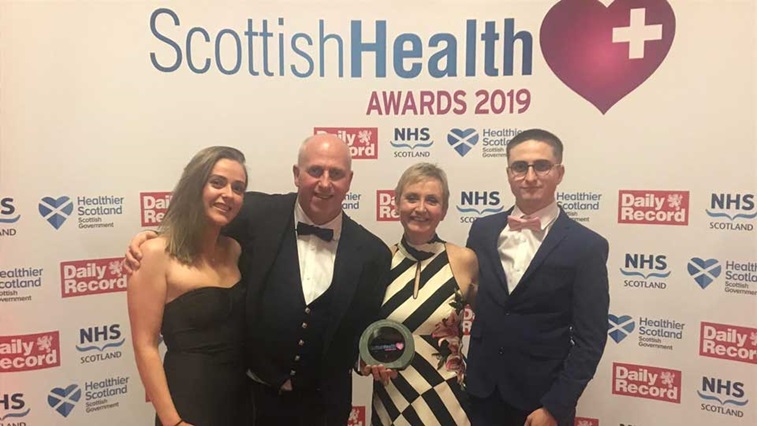 Optometrist Dr Scott Mackie has been recognised at the Scottish Health Awards 2019 with an accolade that celebrates an individual who provides ‘excellent NHS optometry services.’

Dr Mackie was named the winner of the Optometry Award at a special ceremony in Edinburgh’s Corn Exchange last Thursday evening (14 November). He was presented with the accolade by Scottish Cabinet Secretary for Health and Sport, Jeane Freeman MSP.

Dr Mackie is co-owner of Mackie Eyecare, which has two practices in Lanarkshire. He is also a consultant optometrist for the NHS.

Other optometrists selected as finalists in the category were Michael O’Kane, director of Specsavers Morningside and Cameron Toll, and Frank Munro, owner of six independent practices across Glasgow.

On winning the award, Dr Mackie said that it was a privilege to work in a profession like optometry and to be recognised in this way.

The Scottish Health Awards are held annually by the Daily Record in partnership with NHS Scotland and the Scottish Government. They were sponsored by Optometry Scotland.