Following his callup for Italy, Irish-born rugby player Ian McKinley talks with OT  about being blinded during a match and the importance of perseverance 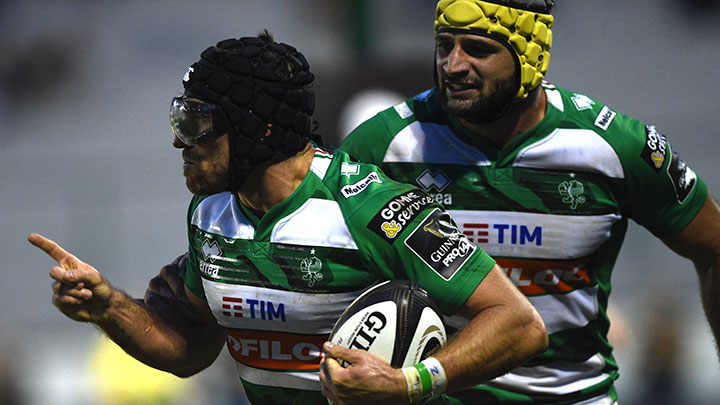 Fly-half Ian McKinley has been selected into Italy’s squad seven years after a rugby injury playing for Leinster resulted in him losing sight in his left eye.

Speaking with OT, Mr McKinley described his call-up as a “very important moment” in his professional career.

“It has been a rollercoaster. You can never predict what is going to happen, particularly in sport,” he emphasised.

“You have just got to work, keep your head down and hopefully things turn out the way you want them too. I feel very privileged that I have been able to get a second chance and I certainly aim to make the most of it,” he added.

Mr McKinley, who now plays for Benneton Treviso, was named in Italy’s test squad for games against Fiji, Argentina and South Africa in November.

The injury that resulted in Mr McKinley’s sight loss occurred during a club game in Dublin in 2010.

“I was at the bottom of the ruck and unfortunately a teammate stood on my eyeball and it perforated,” he said.

Mr McKinley had emergency surgery and in the following weeks his vision improved to the point where he could see light and make out larger objects.

Although he was initially told that he would not be able to perform any sort of physical activity for a year following his injury, Mr McKinley’s recovery was back playing professional rugby within six months.

Mr McKinley’s sight continued to improve until he had around 70% vision in his injured eye.

However, while playing a rugby match he noticed that his vision was deteriorating again.

“I came off during one of my rugby games because I couldn’t see the posts properly,” he explained.

Mr McKinley was diagnosed with cataracts that required two further operations. His retina detached 18-months after the initial injury and he now has no vision in his left eye.

He wears goggles manufactured by Italian company, Raleri, to protect his remaining vision while playing rugby.

Mr McKinley was instrumental in World Rugby permitting the use of protective eyewear during matches.

He has received messages from parents with children who are now able to play the sport because of the rule change.

“That is an extra motivation. I’m not a fashion icon with the goggles but if it lets people know they can be different and play rugby then that’s positive,” Mr McKinley highlighted.

Although Mr McKinley is happy to be a role model for other players with vision loss, he said that his vision impairment is not something that is a focus when he is on the field.

“People don’t refer to me as a ‘goggle-wearing rugby player.’ I am just Ian McKinley,” he shared.

He has been grateful for the support of his family, friends and teammates during his progression to play at a national level.

“Rugby is a great sport for bringing different cultures and people together because it is a tough sport. It is not easy. You certainly need your team mates beside you,” Mr McKinley concluded.