An eye on Scotland 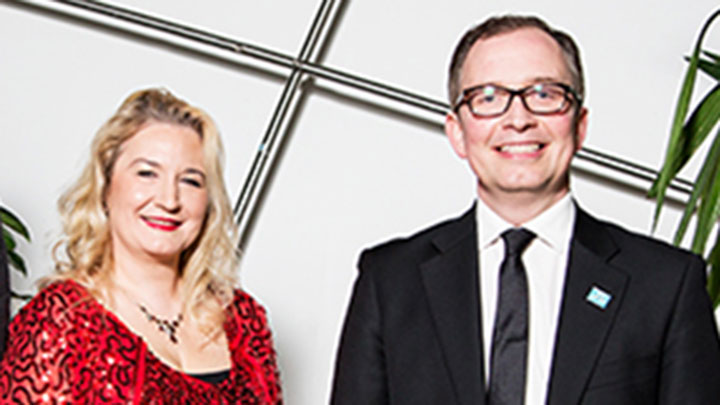 When do you first remember becoming aware of the importance of eye health?

My father is also an optometrist and retired in December at the age of 86. As a child, I used to go in to his practice after school. The experience made me aware of the good work that optometrists do – not only selling spectacles but also diagnosing certain eye conditions. That’s what really set my interest in motion as a child and how I became passionate about eye health awareness.

Do you think the public are aware of the role that optometrists can play in healthcare?

I think there is a need to raise awareness of the services provided by optometrists. We are lucky in Scotland because we have a universal NHS funded eye examination, but still, ten years after it was introduced, you still find that people are coming in to the practice and asking how much a ‘sight test’ costs. A lot of people don’t realise that optometrists can treat some eye diseases or that we can sign post them to the best place for treatment. In Scotland, we are trying to raise awareness of optometry being the first port of call for eye conditions. It’s all about educating patients and raising awareness that we are not just High Street retailers.

What effect has the free eye examination had in Scotland?

Providing a NHS funded eye examination in Scotland has had a huge impact. As the exam is at no cost to the patient, this has helped to take pressure away from other services. We take the burden from GPs and pharmacists as they now know to send their patients with eye problems to the optometrist. We also have primary and supplementary eye examinations which enable us to bring patients back if we find something suspicious or if we want to repeat a certain test. If we were unable to do that, and found something suspicious, we would have to send them straight into secondary care, which would increase the burden on an already stretched hospital eye service.

Why do you think some people are hesitant to go for a regular sight test?

I think it is like any health-related appointment – people are sometimes nervous that there may be something wrong with them. Then there are some who don’t even think about their eyes until they experience visual problems. They may also not be aware that in Scotland there is no charge to the patient.

What would you say to someone who is nervous about getting their eyes checked?

An eye examination is non-invasive. If a patient is happy to go to their GP, they should be happy to go to their optometrist. If they do have something wrong with their eyes, with early intervention we can prevent a lot of eye problems from progressing and it is now possible to cure certain eye diseases that could not previously be treated

Can you tell me about the role that Optometry Scotland plays?

Optometry Scotland is a members’ association. We represent the majority of optometrists and dispensing opticians in Scotland, including multiples, small and large independents. We are currently working on the recommendations from the Community Eye Care Services Review, published in April, and would like feedback from optometrists who are working with the public at the frontline. We would also like to encourage new colleagues to join Optometry Scotland and have their voice heard in shaping the future of the profession at this very important time.