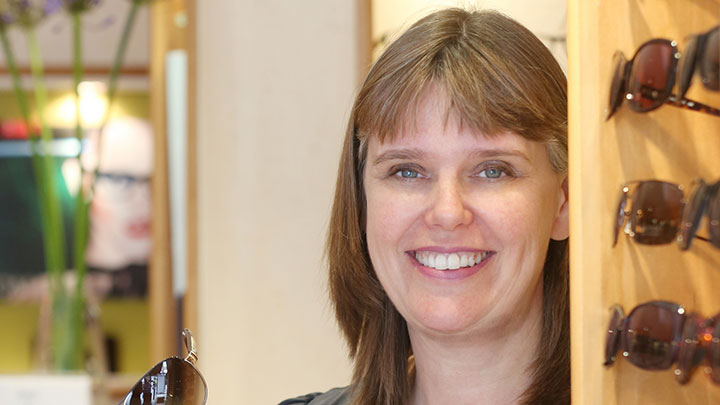 OT is sad to report the death of optometrist Joanne Boyd (aka Meyler). She was 54 years old.

Paying tribute to his wife, John Meyler shares: “Joanne was born and educated in Northern Ireland. She qualified from City, University of London in 1984 and spent her pre-registration year in Rickmansworth, Hertfordshire.

“In September 1985, she joined Nigel Horrocks at Horrocks & Son in Kingston-upon-Thames, Surrey, later becoming partner in Horrocks & Boyd and then sole owner when Nigel retired. In 1997 Joanne moved premises from 51 to 39 Fife Road, which allowed her to remodel the practice.

“Joanne completed the therapeutics course at City, University of London and was chair of the Kingston, Richmond and Teddington Local Optical Committee for 12 years, driving forward various direct referral programmes with the local Kingston eye community. She was also an active Rotarian in the Kingston-upon-Thames Rotary Club.

“Joanne was diagnosed with cancer in February 2016 and passed away on 19 March this year.”

She leaves behind husband John, and children Anna, Izzy and Patrick.

The family are collecting donations for the Royal Marsden Cancer Charity via a JustGiving page in Joanne’s name.