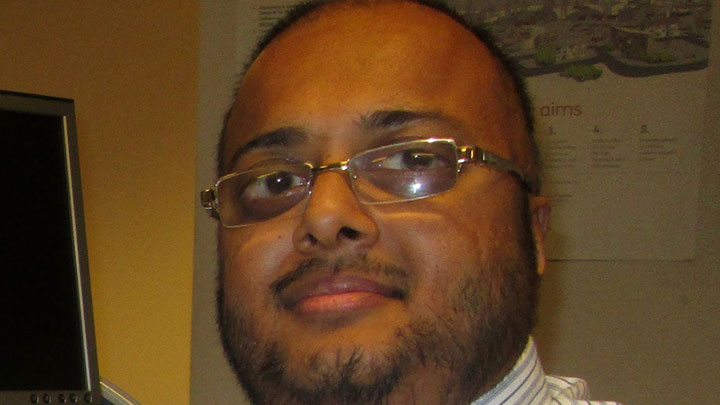 Visually impaired Imran Akhtar will do a skydive to raise funds for the Royal National Institute of Blind People (RNIB) Scotland this month.

Scheduled to make the jump on 29 April, father-of-three Mr Akhtar has said that he is fundraising for the charity as he “knows first-hand how important it is that people get the support and reassurance they need to find their lives again.”

Mr Akhtar experienced retinal detachments in both eyes, as well as an underlying glaucoma condition and a retinal tear in his right eye obstructing his central vision.

Speaking about the skydive, Mr Akhtar said he is relatively calm currently, adding: “This is by far the craziest thing I've ever done. The gasps of astonishment I receive when I tell people what I am doing never cease to make me laugh.”

Sharing his own sight loss journey, Mr Akhtar explained: “Before losing my sight, I was a post office manager for six years. I was at work one day and the vision in my eye went, just like that. Every day in Scotland, around 10 people begin to lose their sight. But at present the RNIB Scotland can only support one in three people who need its help the most, and is therefore very dependent on support from the public.”

You can sponsor Mr Akhtar on his JustGiving page.