DO wins a jewel of a prize 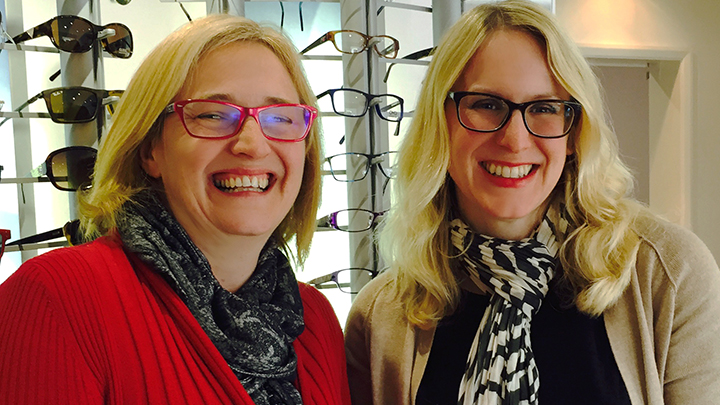 Dispensing optician Sarah Bonting (pictured left), has been announced as the winner of the Eyespace diamond prize draw that took place at Optrafair (9–11 April, Birmingham NEC).

Eyespace’s competition gave one lucky person the chance to win a one-carat diamond. Practitioners visited the Eyespace stand over the three days of the trade show to preview over 100 new eyewear launches, while sipping on glasses of Prosecco that concealed one real diamond among hundreds of fakes.

Visitors were asked to place their diamonds into the safe to be sent off and graded after the event.

Ms Bonting, who has worked at Oakwood Eyecare in Derby for 22 years, said: “I was completely overwhelmed when my Eyespace regional sales manager, Catherine Bartlett (pictured right), appeared in practice to tell me I had won the diamond.

“In my personal life I had been going through a few difficulties, but this put a smile back on my face.

Eyespace marketing manager, Nicky Clement, said: “We are thrilled Sarah is going to get her dream anniversary ring. She came to our stand simply to preview the new collections, so it just goes to show that you can be in the right place at the right time.”