Co-founder and designer of MonkeyGlasses, Mai-Britt Seaton, on how fashion and finding a husband led to the establishment of a sustainable eyewear company 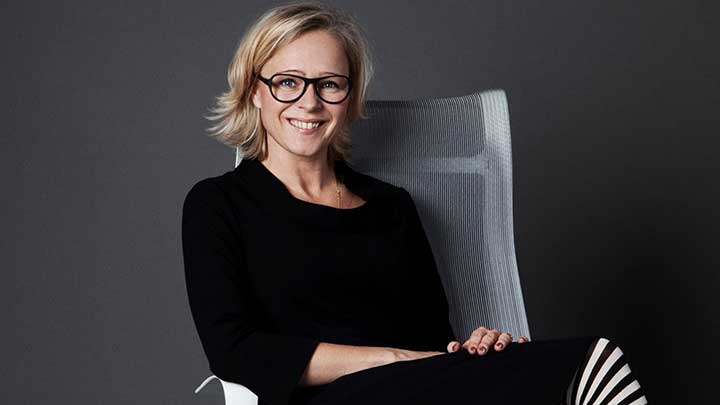 My background is in the fashion industry. I initially worked as a fashion designer and then as a graphic designer. In these roles, I was always considering the sustainability and environmental impact that producing and manufacturing these products would have.

On meeting my now husband, I began to learn about the eyewear industry – he had a couple of optician stores in Denmark at the time. Coming from the fashion industry, where there was a strong focus on sustainability, I observed how lacking this was in the eyewear sector. I felt that there was a gap in the market to produce sustainable eyewear with a new design twist.

We established MonkeyGlasses in 2009, with the aim of allowing spectacle wearers to “look good while doing good.” The DNA of the company is a closed loop that is based on six key factors: design, materials, production, consumers, support and recycling.

It took a while to find the right manufacturers to work with in the beginning. They would look at me like I was from Mars when I asked questions about how they produced something and what they produced it from. However, I wanted to ensure that the company was built on the right foundations from the very beginning and we got there eventually.

MonkeyGlasses is growing very well. The last three years in particular have been incredibly successful. While we were one of the first movers within the ethical frame arena, the sector overall has become a lot more eco-conscious, with more companies now adapting their sourcing, production and manufacturing processes to become more sustainable. As awareness of this has grown, so has MonkeyGlasses.

In fact, we have had to move offices three times in the last three years due to our ever-increasing team.

"I still remember the first time I spotted someone walking down the street wearing a MonkeyGlasses frame that I designed. It was a really warm feeling and it made me particularly proud"

A career highlight was definitely winning a Silver A’ Design accolade at the end of 2015. The award recognised MonkeyGlasses for designing and producing a green product in a sustainable way – it was a stamp of approval and demonstrated that people are beginning to sit up and take notice of what we are trying to achieve. The mindset of consumers has changed and sustainability is now something they are considering and seek out.

For me, the most rewarding part of my job is providing people with an essential product, such as a pair of glasses, that has been ethically and sustainably produced. I still remember the first time I spotted someone walking down the street wearing a MonkeyGlasses frame that I designed. It was a really warm feeling and made me particularly proud – it is something that I still get excited by today.

I have to admit that establishing MonkeyGlasses was slow and difficult at times in the beginning, especially as we were trying to build and develop a company based around sustainability in an industry that had yet to begin to take consideration of these things.

We had to investigate and question every single area of the design, manufacturing and production process. We would regularly encounter issues because we were trying to create something in a way that had not been done before. Therefore, it was difficult to be a pioneer and be small – it took patience in the beginning. However, it was certainly worth it because now we are getting recognised more and more for the right reasons.

Looking to the future, I will continue to push MonkeyGlasses further still, to make our products even more sustainable as we explore new materials and techniques as we grow. It will keep me very busy for a long time yet.

When I was young, I would have answered that I would become a ballet dancer. Otherwise, I think I would have worked in a charity organisation. Communication and ethics make sense and is a great driving force for me.