How do we judge which direction to take? 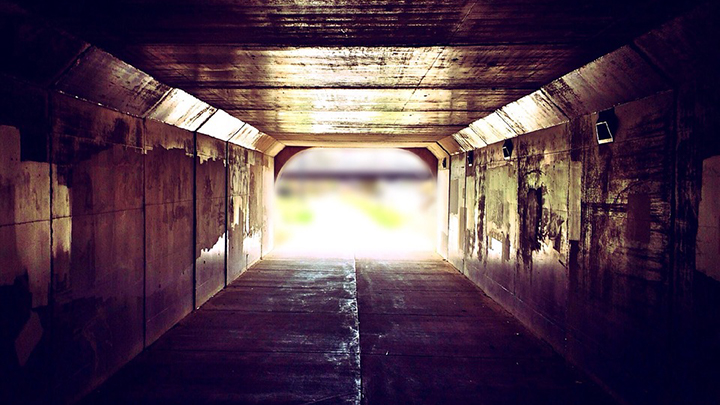 In the city where I grew up in New Zealand there was an abandoned railway tunnel that I cycled through, using the beacon of light at the end to keep balance as my tyres went over unseen potholes.

As an 8-year-old, the distance of the tunnel seemed much longer than the kilometre listed on signposts. When I was at the heart of the tunnel, I had different reference points - the distant light and reverberating echoes helped guide me.

Visually impaired Luke Sugg, who is captain of England's blind cricket team, has different ways of orientating himself to a cricket player with full sight - he listens for the ball, which has ball bearings at its centre, as well as watching out for it. Sugg, who is blind in one eye and has partial vision in the other, helps others in the team to get their bearings by guiding those who are registered blind.

As a membership organisation, the AOP is guided by the practitioners who are at the core of its work. The first look at the AOP's health and wellbeing survey provides a snapshot of how practitioners are feeling.

Just over half of the employee respondents noted that they had experienced bullying at some point in their working lives. A majority of survey participants also reported that they would not feel able to rely on their line manager to help them when a difficult situation arises.

There are challenges to face, but there are also exciting developments, like the soon-to-be launched Peer Support Line. Chair of the Peer Support Line, Thurka Sivapalan shares in the upcoming March edition of OT how volunteers on the support line will be able to build a support network for their peers.

As I was navigating through the railway tunnel as a child, it was reassuring to hear the sound of wheels behind me. The development of the Peer Support Line is a reminder that, even if an experience is challenging, the burden is lessened if you do not have to go through it alone.