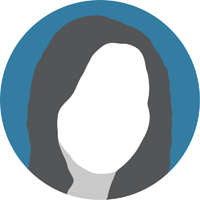 Sayeeda (not her real name) was on maternity leave and contracted by her employer to work three days per week, which included alternate weekend days. However, due to her childcare responsibilities she was struggling to make childcare arrangements to fit in with her contracted days of work.

Sayeeda made an informal request for her hours to change to a fixed pattern of weekdays, excluding weekends. Her employer refused this request, on the basis that every colleague is obligated to work at weekends.

When she got in touch for our advice about making a formal flexible working request, she informed us that if her days could not be changed to fixed weekdays to fit in with nursery availability she would have to resign.

We advised Sayeeda that her employer’s reason for declining her informal flexible working request was not alone listed as a permitted reason under current employment legislation. We also felt it was arguable that a blanket policy of requiring all staff to work at weekends amounts to indirect sex discrimination, as more female staff than men were likely to be disadvantaged by it.

We advised her that it costs nothing and is her legal right to request flexible working, and that her employer could not penalise her for doing so. This gave her the confidence to pursue the matter formally. We advised her on the process and assisted her to draft her request to work three fixed weekdays. We also arranged for her to be accompanied by a trade union representative at the formal meeting to consider her application.

Sayeeda followed our advice and her request was granted. She was able to return to work after her maternity leave finished, working the fixed weekdays she had requested.