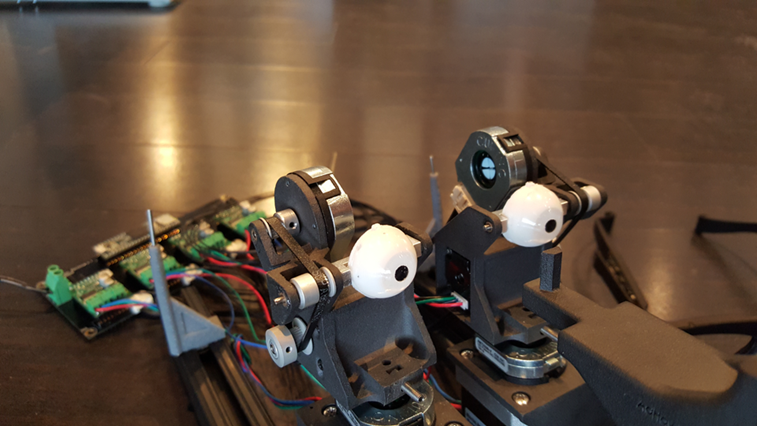 Centre for Ocular Research & Education (CORE)
OcuBlink has developed a synthetic eyeball to assist with the testing of virtual reality and augmented reality systems.

The eyeballs are being piloted by AdHawk Microsystems to calibrate VR and AR systems for medical and consumer electronics.

AdHawk has incorporated the synthetic eyeballs into its robotic testing system that evaluates new algorithms and products.

AdHawk chief executive Neil Sarkar said that the testing can occur remotely when the company’s facilities are unstaffed.

“We wouldn’t be able to do this work as effectively or precisely with more traditional eyeball substitutes,” Mr Sarkar highlighted.

OcuBlink has previously released polymer eyeballs that reduce dependence on animal testing and can be used by optometry students for training in foreign body removal.

OcuBlink began as an initiative of the Centre for Ocular Research & Education (CORE) and now operates as an affiliate.