Is providing eye care by internet the silver bullet clinicians have been waiting for? OT  learns how video consulting technology is changing the way healthcare is delivered in Scotland 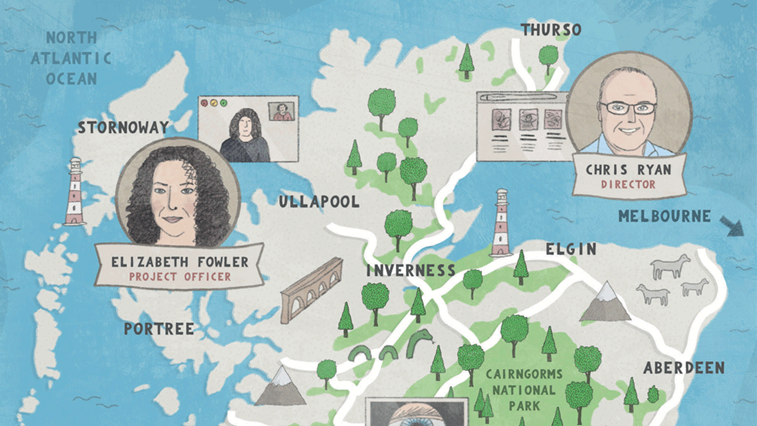 For seven days each rota, Forth Valley ophthalmologist Iain Livingstone is the first point of call for any eye care emergencies that come up within a population more than 300,000 people.

At any hour of the day or night Mr Livingstone needs to be ready to decide from a brief phone call whether he needs to travel to an emergency department to review a patient in person, often leaving behind patients in a full clinic.

“Frequently there is a real need to be in two places at once,” Mr Livingstone shared.

“I am constantly trying to make the safest decision based on the information that is being relayed through a phone call,” he said.

In the past, Mr Livingstone would receive a phone call after an initial examination of the patient by a doctor or nurse working in the emergency department.

Often a slit lamp would not have been used and the clinician’s level of expertise was variable, he shared.

“The history will be taken and there will be some form of examination. Traditionally the clinician would pick up the phone and decant that information to me and I would try and put together a plan,” he elaborated.

Often, to be on the safe side, Mr Livingstone would book the patient into an already over-capacity clinic.

Following the introduction of video consulting technology, the Scottish ophthalmologist is alerted to the fact that a patient needs to be reviewed through a text message that is sent by the system to his mobile phone.

A hyperlink within the message takes him through to a virtual waiting area.

“The introduction of a video layer to the call has been transformative,” Mr Livingstone shared.

“One interaction with my phone takes me straight inside the emergency department’s slit lamp. The first thing I see is a massively magnified view of the eye with the feature of interest,” he said.

“Instead of me interpreting the history that has been put together by someone else, I am suddenly in the centre of a three-way consultation. I will get a version of events from the emergency department doctor and I can direct some questions to the patient,” he shared. 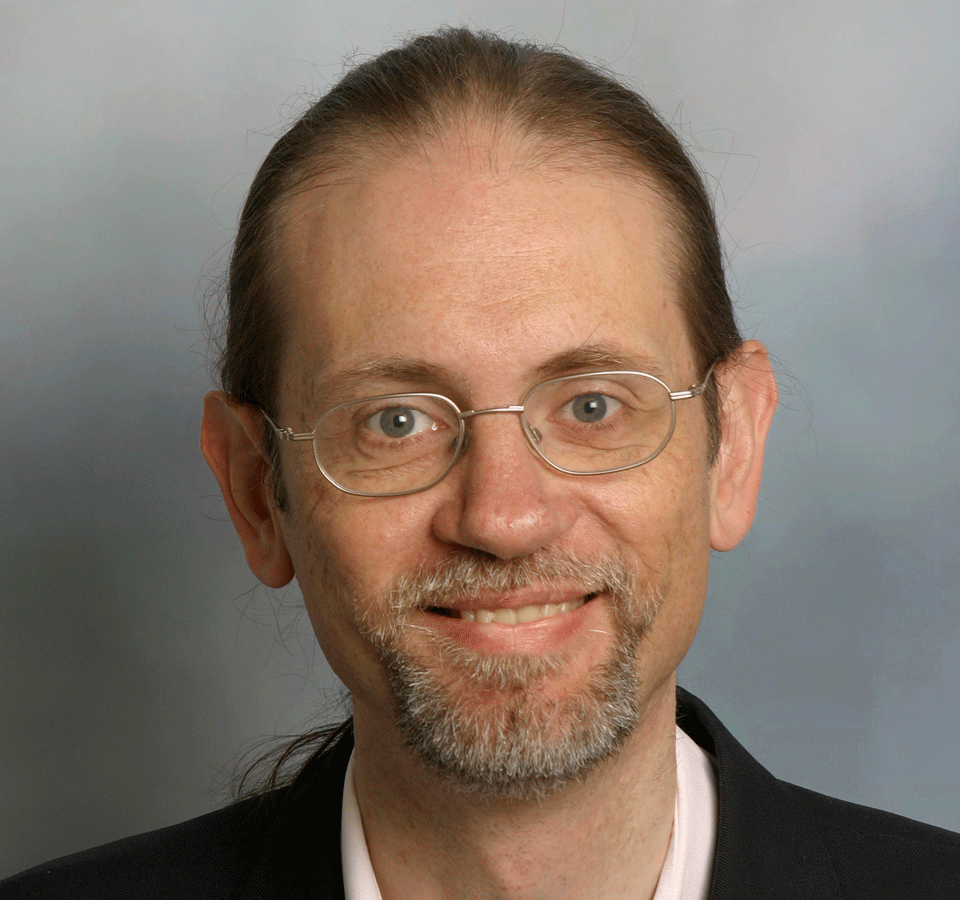 “The last thing you hear on every call is the patient saying, ‘That was amazing’,” Mr Livingstone added.

He shared that the technology has taken the sting out of being on call, which had the potential to be a stressful experience in the past.

Between 100 and 150 video calls have been made in Forth Valley over the past 18 months.

“The surprise finding as time has passed is that we can do the lion’s share of decision making through this medium. We have worked out that the majority of video calls that come to us this way obviate a physical review all together,” Mr Livingstone said.

Dwindling numbers of ophthalmologists in Scotland alongside an ageing and dispersed population have placed a strain on healthcare resources and created a demand for a new way of working.

Dr Mario Giardini, from the University of Strathclyde’s department of biomedical engineering, highlighted that Scotland has one of the best digital health infrastructures in the world.

“It is considered one of the reference countries when it comes to digital health implementation,” he shared.

Dr Giardini helped to develop the teleophthalmology system in partnership with Mr Livingstone.

The 3D printed adaptor complements the shape of the slit lamp so it is easy to assemble in a busy emergency department.

Dr Giardini highlighted that they knew from the outset that the technology should take no more than 10 seconds to set up.

“We don’t want to interrupt the work flow. The whole thing has been designed so it is as easy as putting a coat on a coat hanger,” he shared.

The system is combined with the Attend Anywhere video consultation platform, which has been rolled out across Scotland and piloted or adopted by 40 NHS trusts in England and Wales.

Cutting the travel component down is I think a silver bullet for the health system in terms of sustainability, equity and access

“Cutting the travel component down is I think a silver bullet for the health system in terms of sustainability, equity and access”

“Our work is with health systems to make it easy for clinicians to say to patients ‘You don’t have to travel, you can do this via video’,” he explained.

“Secure, peer-to-peer video calling is now built in to modern web browsers and this removes a lot of practical, technical and scale barriers that occurred when you had to pay for video conferencing technology, or required central servers to run it,” he said.

Mr Ryan, who is based in Melbourne, first visited the Scottish Centre for Telehealth and Telecare in 2015.

Following a 50-service pilot of Attend Anywhere in 2017, the platform was funded by the Scottish Government and rolled out nationally.

“It has a life of its own now,” Mr Ryan emphasised.

“One of the things that works well in Scotland is their ‘Do it once for Scotland’ mantra where they pilot services, prove they work and then focus on scaling up,” he shared.

Mr Ryan observed that while Attend Anywhere has provided the operational model and the platform, it is how people apply it that makes the biggest difference.

“They are doing fantastic work in ophthalmology in particular. What happens is that we give people the tools and resources and they decide how to use it. Iain and Mario have really delighted us and the team by taking the vision and running with it at a million miles an hour,” he said.

The potential for Attend Anywhere to minimise the impact of illness on people’s lives and work is part of what makes it valuable, Mr Ryan highlighted.

“There aren’t that many silver bullets for the challenges of ageing populations, chronic disease and containing costs. Cutting the travel component down is I think a silver bullet for the health system in terms of sustainability, equity and access,” he said.

While significant progress has been made on using telemedicine to address the challenges facing healthcare in the UK, Mr Ryan believes that there is still a long way to go.

“We are still in the very foothills. We are doing less than 100,000 consultations across the NHS a year and the target is millions,” he observed.

“It has completely changed the way we deliver services”

Elizabeth Fowler, from NHS Western Isles, on how Attend Anywhere has improved care in the outer Hebrides

For the 26,000 residents living on the remote Scottish islands of the Western Isles, looking after their health often involved days composed of waiting and travelling.

Then Attend Anywhere was introduced; in many cases, reducing the logistical burden of receiving medical care.

Technology enabled care project officer with NHS Western Isles, Elizabeth Fowler, shares the example of a crofter in his 80s who previously had to leave his home at 3am in the morning, drive for two hours and then catch a flight to Inverness to receive care.

Now he is able to be seen by video link in the capital of Stornoway.

“He drives here in the morning, buys all his crofting supplies, does his weekly shop and is back home by lunchtime,” Ms Fowler said.

Another experience that reinforced the importance of the technology was an encounter with an oncology patient’s wife.

“She stopped me and said ‘I can’t tell you what a difference this has made to us. We know his cancer will come back but we feel we are better equipped to deal with it knowing that we are not going to be making a weekly trip to Raigmore’,” Ms Fowler recounted.

Videoconferencing has been used within NHS Western Isles since the technology’s infancy, but the fact that anyone with a webcam and internet browser can access Attend Anywhere has significant advantages.

Ms Fowler shared that previous videoconferencing technology was less flexible and needed to be done through a healthcare premises.

Because residents of the Western Isles often use video calls in a personal capacity to keep in touch with family members working or studying on the mainland, patients have been accepting of the introduction of video consultations for healthcare.

Attend Anywhere has helped to reduce waiting times for respiratory patients by half within NHS Western Isles.

As well as travelling to the Western Isles, a respiratory consultant who lives in the South of England conducts regular video consultations with patients.

A remote stethoscope allows the consultant to listen to a patient’s chest while located hundreds of miles away.

“He also has a virtual private network to our system so he can use our x-rays, and clinic results just as if he is in the room with the patient,” Ms Fowler shared.

In addition to offering patient benefits, Attend Anywhere has helped the health board to reduce carbon emissions and the costs associated with reimbursing patient travel.

“It has completely changed the way we deliver services. We are very remote and rural. We have limited resources, money, staff and consultant services. The only thing we are never short of is patients. Attend Anywhere has made us confident that we can handle this increasing elderly population in a patient-centred way,” she concluded.