New emojis include guide dog and person with a white cane 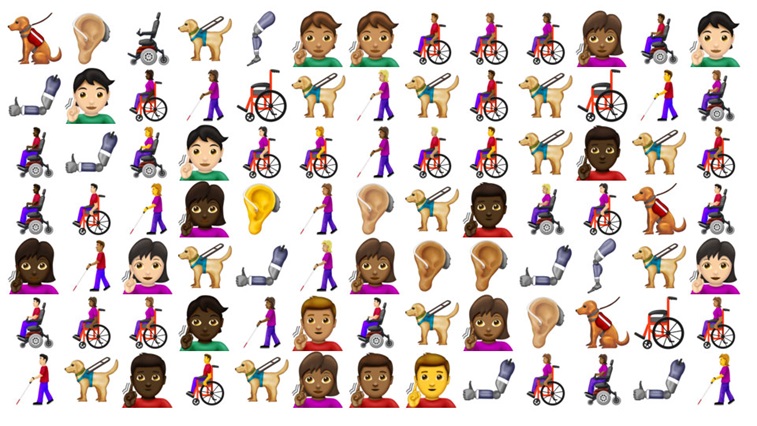 A new range of emojis that include disability-themed icons, such as a guide dog, a person with a white cane and hearing aids, will be launched later this year.

The approved list of 59 new emojis, with 171 variants for gender and skin tone totalling 230 emojis, have been developed by the Unicode Consortium, who said that the emojis will be made available in September or October.

In March last year, Apple proposed a range of accessibility emojis in order to better represent individuals with disabilities.

Director of services at the Royal National Institute of Blind People, David Clarke, told OT that it is important that a range of emojis exist that represent a diverse society.

“With more than two million people living with sight loss in the UK, this is a step in the right direction in recognising blind and partially sighted people as an integral part of society and ensuring that all communities are equally represented,” Mr Clarke said.