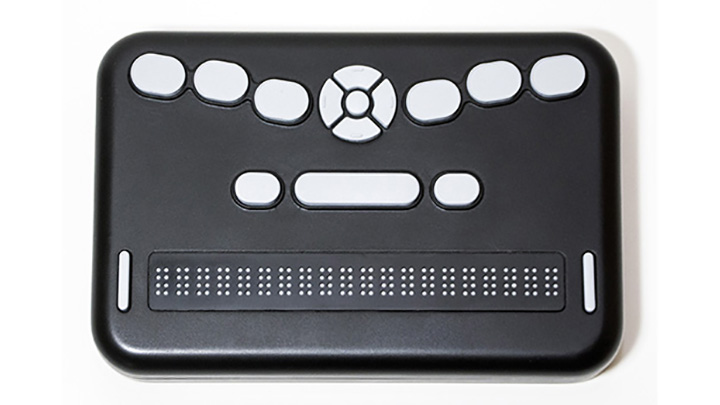 A new Braille device that is a fifth of the price of traditional braille displays was launched at the Royal National Institute of Blind People’s (RNIB) Techshare conference last week (15–16 September).

Developed in partnership between Orbit Research and the Transforming Braille Group, the Orbit Reader 20 will be officially released onto market later this year, with a pre-launch offer price of £349.

Speaking about the device, founder of Orbit research, Dr Gina Spagnoli, said: “We are excited about the potential of the Orbit Reader 20 to catalyse braille literacy by providing the first affordable solution for refreshable braille.”

The Orbit Reader 20 is a refreshable braille display unit that has been designed to work with USB and Bluetooth technology, and is linked to an app to allow information to be shared with ease.

Head of solutions, strategy and planning at the RNIB, Steve Tyler, added: “This development represents a major breakthrough for braille users. For 40 years, current technology has been the preserve of the wealthy or developed world, but we have now created a game-changing option whose affordability brings it within the grasp of thousands.”

Sharing his experiences having tested the research, user James Bowden, told OT: “I have used [the Orbit Reader 20] to read books, especially while travelling on a train. For me, taking a compact refreshable braille display is much more convenient than carrying dozens of paper volumes – and a lot lighter too.

“Because you store braille files on the SD card, you can have any kind of braille, ranging from ordinary literary text, to text in foreign languages, maths and even music.

“Best of all, having a convenient braille book reader has meant I am reading more braille.”