Heading in the right direction 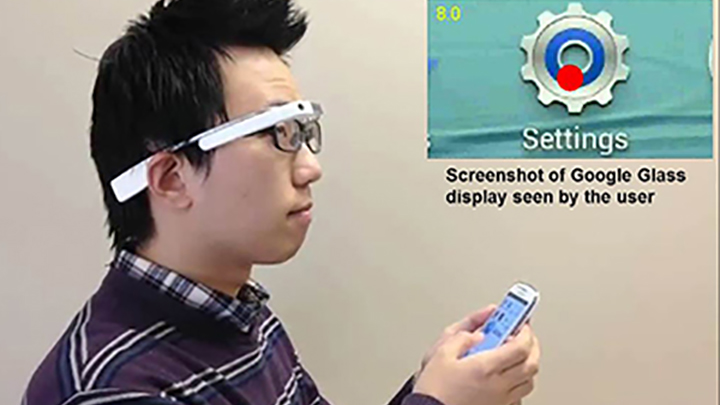 Low vision patients will be able to get ahead with a new smartphone app designed for quicker navigation.

The new system, designed out of the Schepens Eye Research Institute at Harvard Medical School, pairs a smartphone with Google Glass, and allows the user to move their head to navigate around the magnified screen.

Harvard Medical School associate ophthalmology professor, Dr Gang Luo, told OT that patients with low vision currently have to use a zoom feature to find their way around their smartphone screen.

“It’s difficult for them to navigate around – they don’t know whether the current position is in the centre of the screen or in the corner of the screen,” Dr Luo explained.

He added: “This application transfers the image of smartphone screens to Google Glass and allows users to control the portion of the screen they see by moving their heads to scan, which gives them a very good sense of orientation.”

The app could be customised for the Google Glass wearer to use either large or small head movements to navigate, he emphasised.

“It is like setting the mouse cursor speed on computers. There is a tradeoff between the range of head movement and the smoothness of control.”

The research team found in a two-group study that using the head movement-based system made smartphone navigation nearly a third faster, in a paper published in the journal IEEE Transactions of Neural Systems and Rehabilitation Engineering.

The app, which could be tailored to other smart glass products, won over its audience, Dr Luo said, adding: “Most of the visually impaired participants were enthusiastic about the Google Glass app. Some said they would download it and use it.”

Dr Luo said the next goal was to include more functionality.

“The current version of the system allows for tapping on the side panel of Google Glass, which is similar to tapping on the phone screen. Gestures such as a long press to function as a mouse right click, pinch for zooming in and out and a swipe for scrolling can be implemented in future,” he concluded.