BMJ Case reports authors have described their treatment of a 23-year-old patient who had two pieces of wood removed from her eye.

The woman presented at hospital with a swollen left cheek and a 1cm cut just below her left lower eyelid.

She told clinicians that she had been struck on her left cheek by a wooden stick in June 2017.

After she developed a discharge from the wound, the patient presented to primary care where her cut was drained. 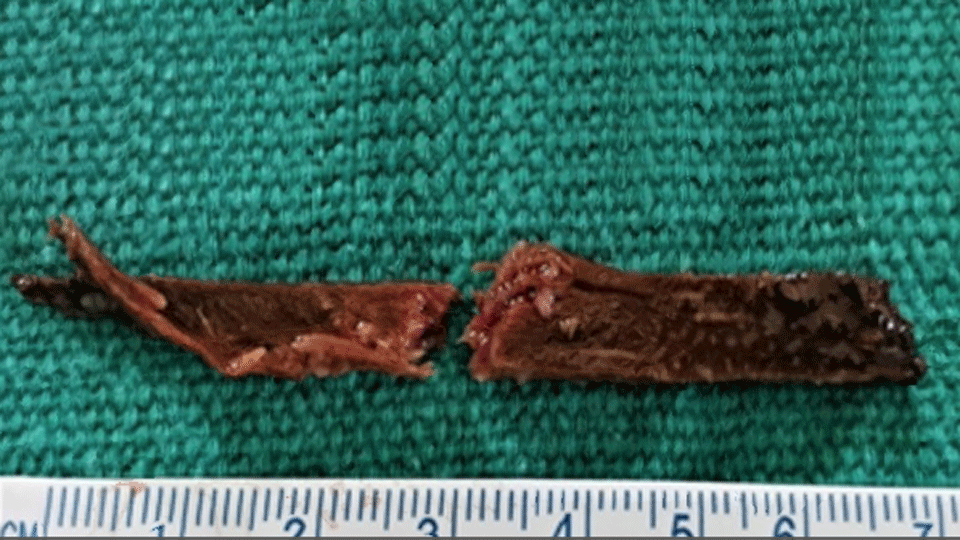 The pieces of wood removed from a 23-year-old patient’s eye
A small wooden chip was found and removed during this procedure.

Although the patient was treated with oral antibiotics, the wound continued to discharge after medication was stopped.

She presented at hospital with a granuloma over the site of the laceration and visual acuity in her left eye of 6/60.

After clinicians became suspicious of the presence of a foreign body, they discovered and removed two pieces of wood measuring 33x6mm and 39x8mm using Blakesley forceps.

Her visual acuity was 6/9 while the blurring of her vision resolved.