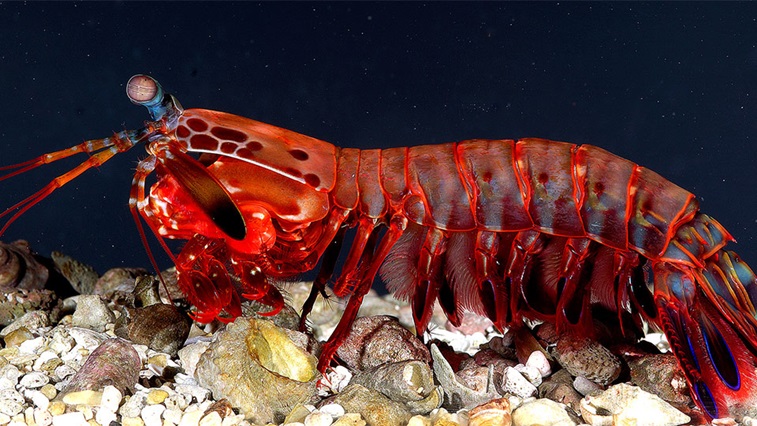 Researchers have created a camera for self-driving cars inspired by the visual system of the mantis shrimp.

Describing their creation in Optica, researchers highlight that the camera is capable of detecting the polarisation of light.

It has a dynamic range around 10,000 times higher than commercial cameras, meaning that it can perform well transitioning from bright to dark conditions.

The camera, which can be manufactured for $10 (£5), can also ‘see’ in hazy or foggy conditions. Researchers hope that the technology would enhance the ability of self-driving cars to detect hazards.

To create the pioneering design, researchers studied the visual system of the mantis shrimp.

The mantis shrimp is sensitive to a high range of light intensities, allowing the ocean dweller to perceive very light and very dark elements within the same scene.

To copy this way of seeing the world, scientists imitated the way that mantis shrimp integrate polarised light detection into their photoreceptors by depositing nanomaterials directly on to the surface of the imaging chip.

Study author Victor Gruev, from the University of Illinois at Urbana-Champaign, explained: “These nanomaterials essentially act as polarisation filters at the pixel level to detect polarisation in the same way that the mantis shrimp sees polarisation.”