Wandering eye: the ocean dweller that sees with its feet 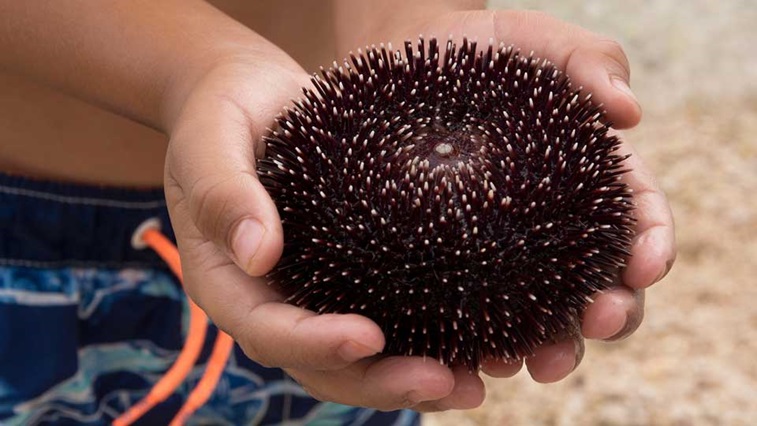 Swedish researchers have revealed how sea urchins see despite having no eyes.

The Lund University academics tested the vision of the ocean dwellers as part of a study published in the Journal of Experimental Biology.

They found that sea urchins use light-sensitive cells in their tube-like feet to navigate the world around them.

An experiment conducted by the scientists involved displaying a rapidly growing figure above the sea urchin to indicate an approaching predator.

They then recorded how big the shapes had to be before the sea urchins would defend themselves by directing their spines towards the ‘predator.’

The visual acuity of the sea creatures was calculated using x-ray tomography and electron microscopy.

The researchers found that an object must take up between 30 and 70 degrees of the 360 degrees surrounding the sea urchin for the urchin to see it.

In comparison, humans only need an object to take up 0.02 degrees in order to detect it.