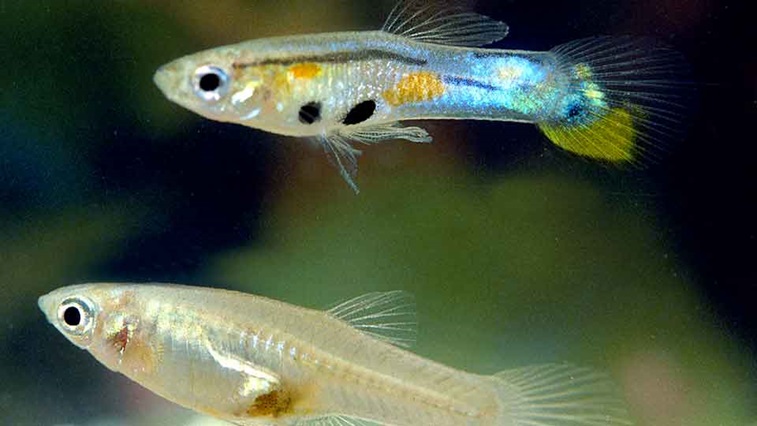 Writing in Current Biology, scientists report that the Trinidadian guppy turns its iris from silver to black to warn other fish that it is feeling aggressive.

Larger Trinidadian guppies generally change their eye colour when confronted with smaller fish that they can beat in a fight, but smaller guppies do not.

To conduct the research, scientists made realistic looking robot guppies.

Dr Robert Heathcote, from the University of Exeter, explained: “Experimentally showing that animals use their eye colouration to communicate with each other can be very difficult, so we made realistic-looking robotic fish with differing eye colours and observed the reactions of real fish.”

The scientists wanted to observe what would happen if smaller guppies tried to ‘cheat’ by changing their eye colour to show aggression against larger rivals.

This behaviour may explain why fish only display aggression when they know they can be dominant against a rival.