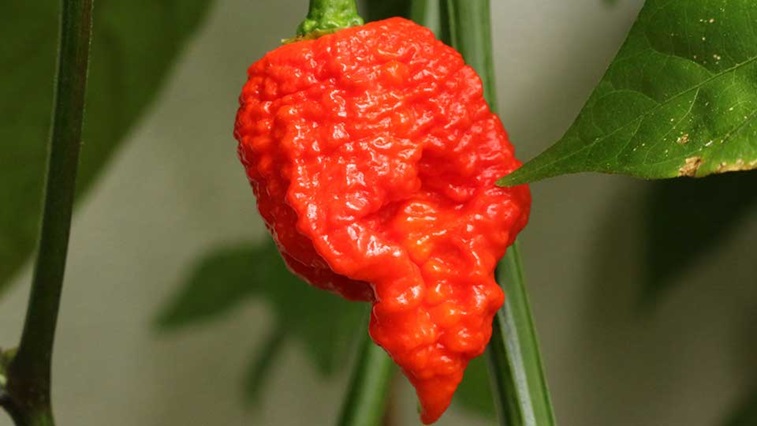 A US man reported to hospital with intense but brief 'thunderclap' headaches after eating the world’s hottest chilli.

Over the following days he developed severe head and neck pain, with several 'thunderclap' headaches.

After he was seen at the emergency department, CT angiography resulted in a diagnosis of reversible cerebral vasoconstriction syndrome (RCVS).

The patient’s condition improved following supportive care, and a follow up CT angiography at five weeks revealed he was no longer showing symptoms of the syndrome.

The clinicians note that it is the first time RCVS has been reported secondary to the consumption of chilli peppers.

The condition can occur as an idiosyncratic reaction to certain medications or secondary to illicit drugs.

The clinicians highlight that RCVS should be considered as a potential cause of 'thunderclap' headaches after common causes are ruled out, such as a subarachnoid haemorrhage, cerebral vein thrombosis and cervical artery dissection.