“The fattest nation in Europe” 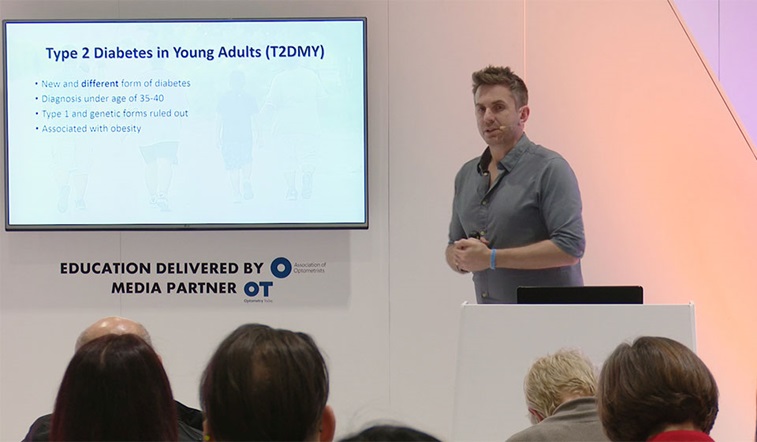 Dr Brown spoke about a “new and emerging form of diabetes,” which is a result of the UK’s population becoming more overweight or obese.

He said that one third of children are overweight or obese in the UK, which is leading to lifelong obesity with conditions relating to the disease occurring earlier.

“We all eat too much, we all eat the wrong things and we spend too much time sat down on our backsides and not moving about. The combination of these factors has led to us being pretty much the fattest nation in Europe,” he shared.

Dr Brown explained that 66% of the UK’s population are overweight or obese. In children, he added that “the worrying thing is we’ve gone from having no obesity to having over a million children being obese.”

He also covered the cost of diabetes on the NHS, which Dr Brown explained costs around 10% of the entire NHS budget to the cost of £12 billion a year, which he said could “effectively bankrupt the NHS.”

“Diabetic retinopathy is the leading cause of blindness and that’s in a population of established diabetics. If you start thinking about children, teenagers and people in their 20s getting diabetic retinopathy, you’re going to see an increase in vision loss and blindness due to that,” he said, adding: “It’s incumbent on all of us – on scientists, clinicians, and also people in the optometry community – to work together to stop people getting the complications that could lead to loss of vision.”