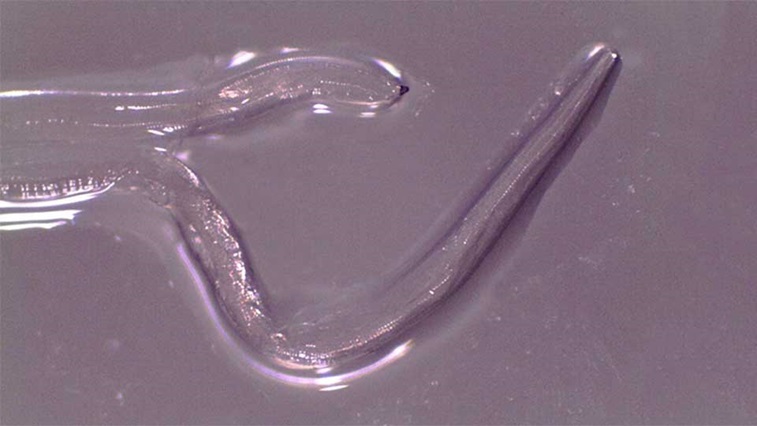 After suffering from irritation and a foreign body sensation in her left eye, a 26-year-old Oregon woman removed a small, translucent worm from her left eye.

It was the first of 14 worms to be plucked from the horse riding enthusiast’s eye over a period of 20 days.

After the initial discovery, the patient’s GP removed two worms, before her optometrist found a further three.

The patient was advised to undergo manual extraction of the worms rather than topical or systemic treatment with antiparasitic drugs. She continued to remove a further eight worms over the following weeks.

The case, reported in the American Journal of Tropical Medicine and Hygiene, is the first known instance of a Thelazia gulosa infection in a human. Previously the worm had only been found in cattle.

Before her symptoms occurred, the woman was training with horses in Gold Beach, a region of Oregon where cattle farming occurs.

The Thelazia gulosa worms are spread by flies that feed on tears that lubricate the eyeball.

Other species of Thelazia worms have been reported in humans living in western United States (T. californiensis) as well as Europe and Asia (T. callipaeda).

Last year researchers reported three cases of T. callipaeda in UK dogs, with the study authors calling for vets to be vigilant in examining dogs that had recently returned from trips to Europe with their owners.

BMJ Case Reports described a case earlier this month of a woman who was found to have a subretinal cyst harbouring a live tapeworm.