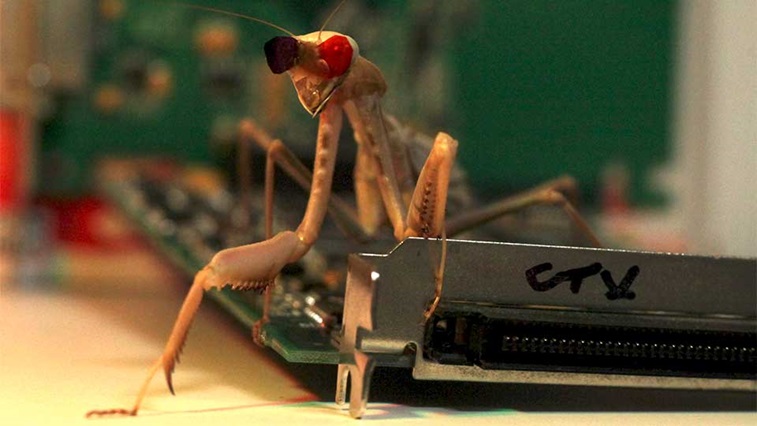 A research team at Newcastle University has fitted praying mantises with miniature 3D glasses as part of efforts to understand more about the insects’ unique vision.

The tiny spectacles were fitted with beeswax before the praying mantises were shown a movie of potential prey in an ‘insect 3D cinema.’

The images were so realistic to the mantises that they attempted to catch the fictitious prey that appeared before them.

Scientists discovered that the praying mantises focus on aspects of the image that are changing rather than the details of an image.

Newcastle University behavioural ecologist, Dr Nivek Nityananda, explained that this form of vision was likely to have evolved to help mantises judge whether prey was at the right distance to catch.

“This is a completely new form of 3D vision as it is based on change over time instead of static images,” he emphasised.

The findings of the research team are described in Current Biology.

Dr Nityananda told OT that to the best of his knowledge the eyewear used in the experiment were the world’s smallest 3D glasses.