Discovery in the deep ocean 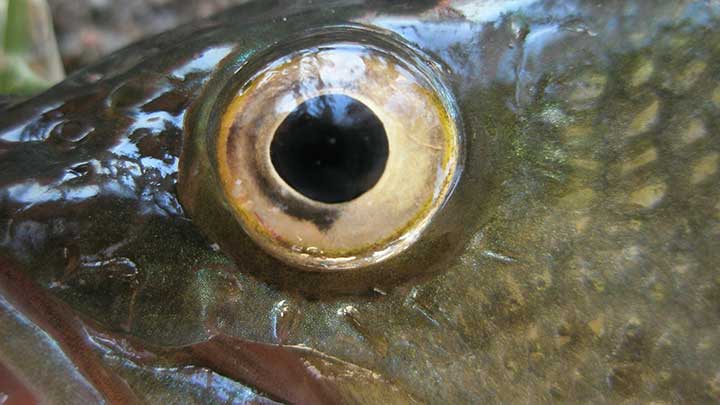 Scientists at the University of Queensland in Australia have discovered a new type of cell that displays properties of both rod and cone photoreceptor cells.

“We usually classify photoreceptors into rods or cones only. Our results clearly show that the reality is more complex than that,” she observed.

“The findings improve our understanding of how different animals see the world and how vision might have helped them to conquer even the most extreme environments, including the deep sea,” Dr de Busserolles added.

The researchers discovered the cells in the eyes of deep-sea pearlside fish, which live at depths of more than 200m below the ocean’s surface.

The fish have an unusual visual system that is adapted for twilight conditions.

Dr de Busserolles explained that most deep-sea fish have lost all of the cones in their retina in favour of light-sensitive rods.

“Previously it was thought that pearlsides had retinas composed entirely of rods but our new study has found this isn’t the case,” she elaborated.

While humans use both rod and cone photoreceptor cells in twilight conditions, Dr de Busserolles shared that the pearlside fish have come up with a different solution to low light conditions.

“Instead of using a combination of rods and cones, they combine aspects of both cells into a single and more efficient photoreceptor type,” she highlighted.

The researchers plan on studying the visual systems of other deep-sea species to see if they also have this different cell type in their retina.

The scientists will also examine the visual system in pearlside larvae to determine how the transmutation of photoreceptor cells occurred in the first place.

“Hopefully, studying the changes that occur in the photoreceptors while the fish are developing will be able to solve this mystery,” Dr de Busserolles shared.