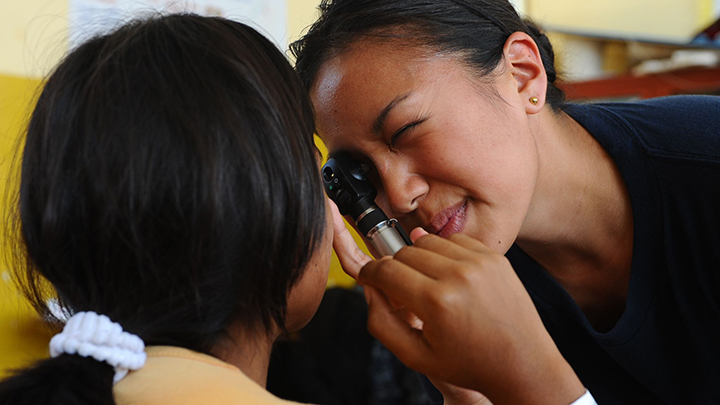 Fewer than one in four eye patients had a medical record that aligned with self-reported symptoms in a recent study.

Researchers at the University of Michigan’s Kellog Eye Centre asked 162 patients to complete a written survey on their symptoms before their appointment.

There was a significant difference between what a patient wrote on the questionnaire and what was ultimately recorded in their medical record.

Of the group, there was “exact agreement” between a patient’s survey and their medical record in 38 cases.

The study, published in Jama Ophthalmology, showed that the top self-reported patient symptom that escaped official mention was glare followed by eye redness and eye pain.

In contrast, there were more instances of blurry vision on medical records than were reported through the patient surveys.

University of Michigan assistant professor of ophthalmology, Maria Woodward, explained to OT that a concern highlighted by the research was that symptoms may be overlooked.

“If a patient has severe symptoms, all of those symptoms should be documented and addressed.”

At Dr Woodward’s own clinic, she had introduced a pre-appointment eye symptom questionnaire in an effort to make sure important information was included on a patient’s medical record.

Study co-author, Dr Paula Anne Newman-Casey, explained that issues relating to doctor-patient communication were age-old, but a shift in technology had changed the way that the information in medical records was used.

“Because the electronic health record allows researchers, payers and administrators to extract information from the medical record in a way that has never been previously possible, the implications of capturing patient data in the most accurate way becomes much more imperative,” she added.

“The data captured in the electronic health record, if it is highly accurate, can be used to improve the quality of care,” Dr Newman-Casey highlighted.

Future work needed to examine why patient symptoms were inconsistently reported in the electronic medical record, she concluded.