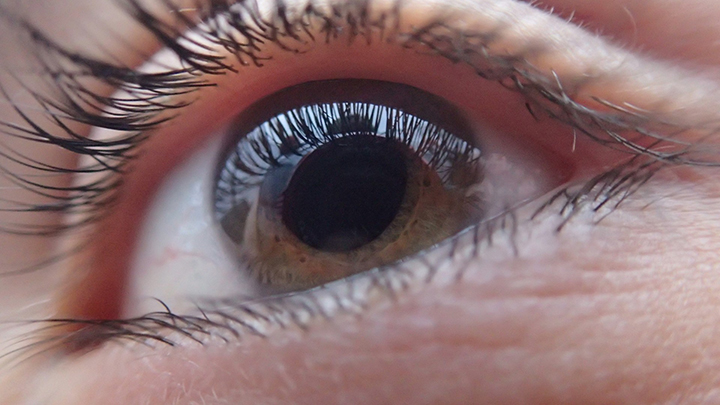 The average person blinks 20 times per minute. Each time the eyelids shutter, the eyeball rolls back in its socket.

So how does the brain manage to keep these optical acrobatics in check, without every minute turning into a giddy rave session?

A study published in Current Biology involved researchers studying the eye movements of a group of 12 people sitting in a darkened room.

Study participants were told to look at a target while gaze direction and blinks were recorded. After each blink, the target was moved one centimetre to the right.

Although participants did not report noticing the change in position, their brains did. After 35 blinks, the brain’s oculomotor system automatically steered the eye to where the target was expected to be.

Dr Maus explained to OT that the eyes moved during every blink and did not always end up in the same spot as before.

However, people rarely notice the disruption to visual input caused by blinking, he added.

“Our study showed that there is an active recalibration mechanism that analyses the difference in retinal images before and after each blink and helps to minimise changes in eye gaze.”

“We are interested in studying the brain mechanisms achieving this perceptual stability,” he added.

Dr Maus explained that, while he was not a clinician, a disruption to the mechanism could lead to a debilitating loss of visual stability, “as if the world jumps around with every eye blink.”

Further studies were planned to understand the underlying mechanisms for the new recalibration phenomenon.