Mystery of the missing DNA 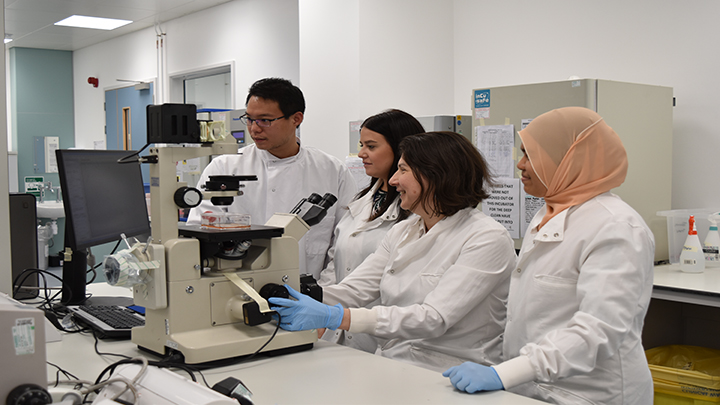 The body has many natural tricks up its sleeves to stop cancer, but many malignancies elude these protections – and uveal melanoma is one of these.

In half of all patients with the rare condition, the cancer spreads to the liver, where it cannot be effectively treated.

University of Liverpool molecular biology, Dr Luminita Paraoan, and the Molecular Biology and Mechanisms of Disease Group may have figured out why. She told OT that when scientists look at the cells of the aggressive forms of this type of cancer, they find something particular – instead of the usual two copies of chromosome three, these cells just have one.

Dr Paraoan explained that this points to something critical on chromosome three that safeguards the body from cancerous growths, adding: “Living cells have a lot of protective mechanisms in place.”

She and her team believe they have figured out this critical cog in the system – the gene known as p63, on chromosome three. The researchers have discovered that p63 combines with other cellular signals to very effectively activate a type of ‘cell suicide.’

Dr Paraoan highlighted that: “Signals inside or outside of the cell tell it that there is something wrong with it. Cancer cells have a lot wrong with them.”

However, in aggressive uveal melanoma, this gene is missing, so the malignant cells do not trigger their own deaths. This also makes the cancerous cells less responsive to chemotherapy and radiotherapy, Dr Paraoan highlighted.

By introducing the p63 gene back into cancerous cells, the University of Liverpool team found that they were able to restore this natural cell suicide – confirming the importance of the p63 gene.

“This is likely to be relevant for other cancers with similar characteristics,” she said.

Dr Paraoan emphasised that the work was very early stage, yet outlined that gene therapy may one day be used to re-introduce the p63 gene into the cancerous cells and restore the body’s natural cancer-fighting systems.

She added: “Every discovery shows how much we still have to learn.”

Image caption: Dr Luminita Paraoan (seated) and her research team in the University of Liverpool laboratory.