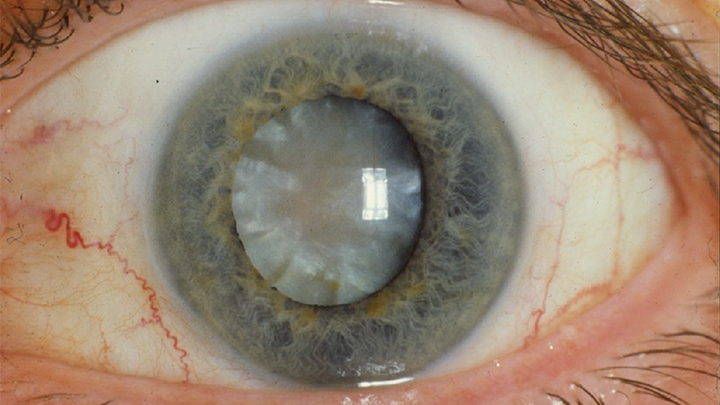 Vascular endothelial growth factor A (VEGF-A) is looking like more of an optical troublemaker than ever before – as well as its link with wet age-related macular degeneration (AMD), it also might be causing dry AMD and even age-related cataracts.

A new study examined what happened in the eye when VEGF-A was expressed at two to three times the normal level, mirroring the elevation in the human body seen as people age.

The animal model showed that the increased VEGF-A levels caused the ocular damage seen in both wet and dry AMD. VEGF-A was also found in the lens, alongside signs of oxidative stress and accelerated age-related cataract formation.

With wet AMD already treated with anti-VEGF drugs, the first result was not a surprise, though the second was noteworthy, said the paper published in the journal EMBO Molecular Medicine.

However, the formation of cataracts was “totally unexpected,” according to Massachusetts General Hospital researcher and paper author, Dr Alexander Marneros.

He told OT that a study to confirm whether the same process was happening in age-related cataracts patients would be the next step to confirm his findings.

“It would indeed be interesting to look at increased VEGF-A levels in human cataracts,” he explained.

Dr Marneros said that finding this link in all three diseases meant they could, one day, be treated with therapies that reduced VEGF-A production – though perhaps not by using anti-VEGF drugs.

He explained: “Long-term anti-VEGF-A therapies can have detrimental effects on the retina or show a reduced therapeutic response.”

Therefore, he is looking at what processes create VEGF-A in the eye, to see if tinkering with these could treat this trio of conditions without the unwanted side effects.

He has found one – a protein complex known as the NLRP3 inflammasome that, when inactivated, dampens the formation of VEGF.

“Targeting the NLRP3 inflammasome may provide a strategy to inhibit the pathologic effects of increased VEGF-A for aging eye diseases, without causing the detrimental side effects of chronic VEGF-A suppression,” he concluded.