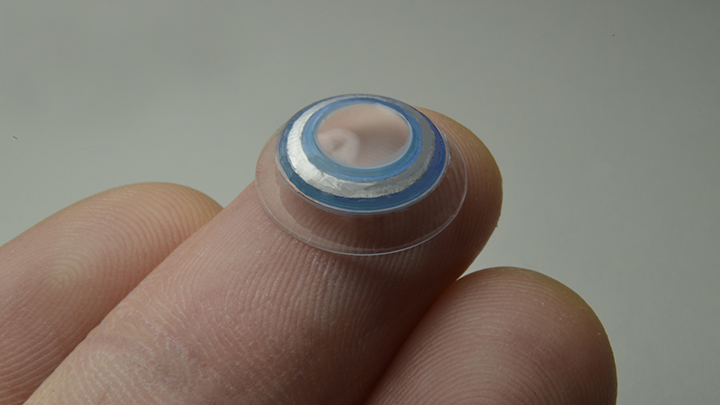 Little did Professor Ahmed Elsheikh know when he began studying cornea and sclera mechanics back in 1999, that 17 years later he would still be in the field.

But this year, the University of Liverpool biomechanics researcher and his team are on the cusp of producing a new contact lens to precisely measure intraocular pressure (IOP).

When Professor Elsheikh began there was a “very inadequate understanding” of the mechanical behaviour of the cornea and sclera, he told OT.

Professor Elsheikh, a Fight for Sight speaker network member, noted: “Since then, we have tested 150 corneas and 50 scleras.”

This new, patented mechanical insight has been put into a computer model, along with other mechanical properties of the eye. It will allow Professor Elsheikh’s prototype smart contact lens, developed with partners UltraVision, to better measure IOP.

The system, partly funded by the National Institute for Health Research, has already proved to be very reliable in simulated IOP tests, he emphasised.

After the work and a small clinical trial run out of the University of Liverpool and Moorfields Eye Hospital is complete at the end of the year, Professor Elsheikh is confident his device will outstrip the competition, including the recently released Triggerfish contact lens, in the monitoring of glaucoma.

The new contact lens would be offered to patients whose disease is progressing, despite the use of medication, Professor Elsheikh explained. Like the Triggerfish system, it will give eye care providers an understanding of a full day’s worth of IOP changes, rather than just a snapshot.

He highlighted that better monitoring was critical, adding: “15% of people diagnosed and getting treatment for glaucoma still lose their sight.”

“Clinicians have been aware of this problem for a long time [that] IOP is not static, it’s dynamic,” he emphasised.