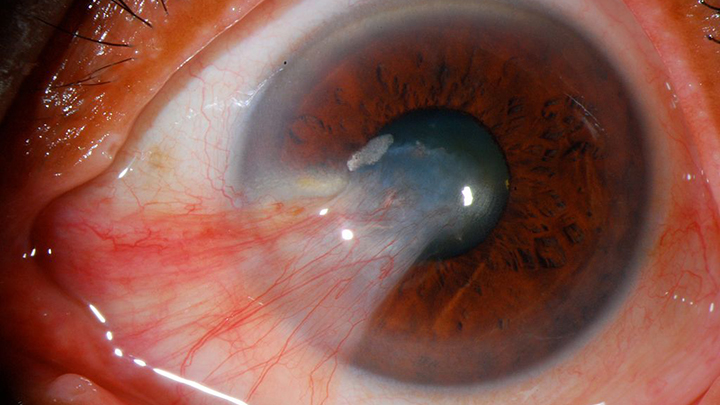 The positive results, presented last week at the Israeli Society for Vision and Eye Research Conference, in the 25 patients in the user-reported outcome survey have boosted hopes that a clinical trial could begin later this year, if donors provide the much-needed cash.

The MedInsight Research Institute at Ariel University, Israel, first showed two years ago that dipyridamole eye drops had the potential to treat pterygium and early-stage pinguecula, which the team estimates affects 10–50% of the world’s population respectively.

He explained: “They were prescribed for a patient with dry eye due to a pterygium but without expectation of helping the pterygium, which surprisingly it did … The use for pterygium was therefore serendipitous.”

Mr Rogosnitzsky noted that the medication could delay the need for surgery – either an initial or follow-up operation – or used as an alternative to steroids and anti-inflammatory drugs. He added: “From what we have observed, we believe it could be used for early stage too – to prevent progression.”

The researchers believe that such an eye drop is a better option to treat the inflammation and eventual vision obstruction seen in pterygium, also known as surfer’s eye.

Some users reported stinging as a side effect of the drops, but the team were confident that optimising the preparation of the medication could solve this.

“Now we have a promising potential treatment for this very difficult-to-treat disorder, and it appears to be not only effective, but entails only a small amount of a very safe medicine.”

Dipyridamole has been used for 55 years for treating angina and preventing stroke.

Mr Rogosnitzsky said the plan was to begin a clinical trial later this year. However, without commercial sponsorship, the next phase was reliant on donors providing the money in time.